So, how is Autism diagnosed? Until recently, autism spectrum disorders (ASD), including Aspergers Syndrome, have been understood as a range of complex neurodevelopment disorders—characterized by social impairments, difficulties in verbal and non-verbal communication, and restricted, repetitive, and stereotyped patterns of behavior. 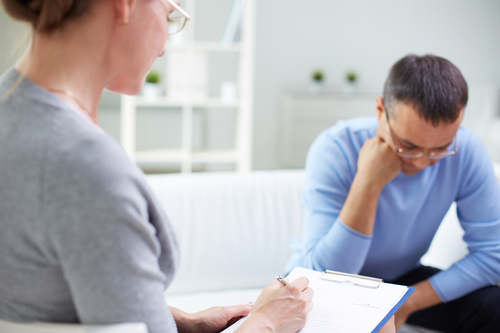 Changes in definition have been proposed and accepted by different organizations and groups in the United States and other parts of the world. The changes have been discussed in other posts; meanwhile, I will address how autism is diagnosed.

At the present time, a single test to diagnose autism does not exist. We do know that a biological or single genetic marker has not been identified, thus, autism cannot be diagnosed with a blood test or imaging studies. It is rather a diagnosis that is primarily identified by behavioral and developmental differences.

As parents know their children better than anyone else, they are usually the first to suspect their child is following a different developmental trajectory.

Autism has its roots in very early development—many parents would report that they saw differences shortly after birth—however, signs of Autism are usually apparent between the first and second birthdays.

Children with high functioning abilities, such as those with Aspergers Syndrome, are often diagnosed later in life. This is partly because their signs and symptoms tend to be milder and partly because their above average cognitive skills allow them to perform well despite their social difficulties. It is not unusual that the Aspergers diagnosis is only suspected during adulthood.

Pediatricians, family physicians, nurse practitioners, physician assistants and other health professionals are in a position of privilege and great duty to notice concerning signs in the children under their care.

The American Academy of Pediatrics and other like-minded organizations, have established guidelines to direct health care providers in their diagnostic journey. It is therefore required that they perform developmental screenings in each and every one of their encounters with a child, and that they perform more in depth evaluations—and appropriate referrals—when necessary.

One of the most important contributions in the field of identification of autism spectrum disorders was made by a local physician, Dr. Chris Plauche Johnson.

Dr. Plauche is a neurodevelopmental pediatrician who, in 2007, led an effort in identifying, evaluating, and managing Autism. The result of this contribution was the catalyst behind the new directives requiring that children receive an autism-specific screening at the ages of 18 months and 24 months.

If a child is found to be at-risk for autism, the health provider is then expected to refer the child for a comprehensive autism evaluation, early intervention services and an audiologic evaluation. The provider will also provide education to the parents on their child’s development and schedule a follow up appointment.

Other efforts toward early identification and diagnosis is discussed the second part of this blog series.

4 thoughts on “How is Autism Diagnosed? Part One”