A few weeks ago, someone who had just learned about my blog through my temple came up to start a conversation with me. She wanted to learn more about me and my advocacy work. After talking for a few minutes, she commented that “I have it easy.” I was confused and asked for clarification, in which the response was “you know…glamorous Autism.” I was taken aback. Multiple emotions rushed through my head: anger, confusion, but also determination. I felt angry because this person has no idea what I go through on a daily basis and still had the guts to tell me that I had it “easy.” I was confused because I could not understand how someone could say something like this to me. Finally, I felt determined to keep writing and advocating because although there is an increase in understanding in this world, there is still so much more work to be done. I researched this idea of “glamorous Autism” and, to my surprise, multiple articles came up. This newer myth that I am now aware of needs to be squashed! 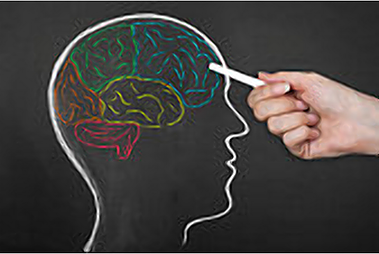 TO READ THE REST OF THIS BLOG POST, WHICH INCLUDES 5 REASONS WHY HFA ISN’T “EASY,” PLEASE CLICK HERE TO VIEW IT ON THE JOURNEY THROUGH AUTISM!!!

Ethan Hirschberg is a teenager with High Functioning Autism. In March 2017, he started a blog called The Journey Through Autism, where he shares his personal experiences, insights, and advice to individuals on the spectrum, parents, caregivers, educators, and providers. Ethan’s goal is to educate, advocate, and inspire. Please check out his blog as well as his Facebook, Twitter, Instagram, and LinkedIn!

Please help us welcome Ethan Hirschberg to the Aspergers101 family of bloggers! Ethan will offer his insights to living on the autism spectrum first-hand and we think you will be inspired, informed and delighted as much as we are!  In his first blog with us, his Mom answers questions basic to families facing the diagnosis of autism.

My parents have been my rock throughout my journey with Autism. Both of them have helped me so much and I can never thank them enough. All I can do is love them! My mom and dad are the best parents that I could’ve ever had. They love, support, advocate, and care for me and my brother. If I can be half of a person that they are, I’ll be just fine! Before I publish my next blog post about some of my challenges during the winter holidays, I interviewed my mom and asked her a few questions about her personal experiences with caring for me (a teen on the spectrum). 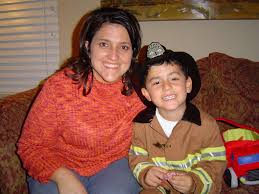 Question: When did you find out that Ethan was diagnosed with Autism and how did you feel?

“I found out when Ethan was two and a half. Ethan had started seeing a speech therapist when he turned two because his speech was very slow to develop and no one besides his very close family who saw him frequently could understand him. During one of his speech sessions, the therapist recommended that he get evaluated to determine if there was a ‘more global explanation’ for his difficulties. A full developmental evaluation was performed and during that appointment, we were told about his diagnosis. I was shocked and yet at the same time knew that this explained the other difficulties that he was having. I immediately went into treatment mode to get him started with all of the therapies that he needed. It wasn’t until six months later when I was able to stop working and focus solely on Ethan that I began to deal with my feelings regarding the diagnosis. I cried, worried, and grieved a lot and spent many very late nights on the computer doing research. I was heartbroken because I wasn’t sure what his future and quality of life would be like. I was very lucky to have lots of close family and friends to help me get through this very difficult time.”

Question: What made you suspect that he could be on the spectrum?

“I noticed lots of little things while Ethan was an infant but didn’t put everything together until Ethan’s speech therapist nudged me into it. When Ethan was three months old, his pediatrician had to be changed because the doctor talked loudly and Ethan would just scream whenever Ethan was in his presence. My mom and I also attempted on several occasions to get handprints and footprints of him in those little clay keepsake kits, but Ethan would always clench up his hands and feet and we could never get good imprints. There were many other instances throughout his first two years which made me realize that he was a very sensitive child, like not liking certain foods, not liking to walk on grass or sand, etc. Between the age of one and two he started walking on tiptoes, was more rigid, would withdraw when new people would approach him, and began to have a lot of extreme tantrums, much more than a typical toddler. While Ethan was delayed in a lot of areas, he also had many skills so I didn’t quite put everything together until an outside source urged me to take a closer look.”

Question: What has been the worst part during Ethan’s life?

“There were two worst parts that I recall most. Between the ages of three and five, it seemed as if every single day was full of many tantrums and meltdowns, a lot of stimming, a lot of frustration and anxiety on Ethan’s part, and constant struggles over much of the day. The other extremely difficult time was when

Ethan Hirschberg is a teenager with High Functioning Autism. In March 2017, he started a blog called The Journey Through Autism, where he shares his personal experiences, insights, and advice to individuals on the spectrum, parents, caregivers, educators, and providers. Ethan’s goal is to educate, advocate, and inspire. Please check out his blog as well as his Facebook, Twitter, Instagram, and LinkedIn!