We are re-posting a portion of a Disability Scoop interview with  ‘Covert Affairs’ Star Christopher Gorham whose son has Aspergers Syndrome. This Hollywood actor has been in such TV programs as  Ugly Betty, Popular, Odyssey 5, Jake 2.0, Medical Investigation, Out of Practice, Harper’s Island and Covert Affairs. Gorham is currently working on his next project “Justice League: Throne of Atlantis,” where he provides the voice of the Flash.

Disability Scoop: Personally speaking, your son was diagnosed with Asperger’s syndrome not too long ago. What was that like?

Christopher Gorham: We got a diagnosis fairly late. He was 9-years-old, which is kind of the blessing and the curse of that diagnosis. Because he’s very high functioning we didn’t really know that something was off until later. It’s upsetting to hear that something is wrong with your child. At the same time, it’s a relief to know what’s wrong with your child because if you know what’s wrong then you can start to take steps to help them.

Disability Scoop: When did you first notice that something might not be right? 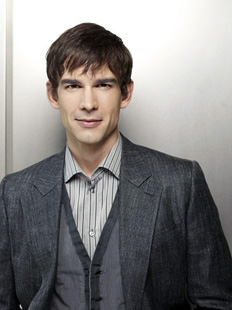 Christopher Gorham: Second grade was when we really knew we needed to start investigating and finding help. What we were doing didn’t seem to be working and things were getting worse and he was just getting further and further away from his peers. (He was) not understanding the subtleties of socializing, not getting sarcasm, not understanding the difference between someone who’s really being nice to you and someone who’s actually making fun of you, not understanding that all attention isn’t positive. It’s really hard for a parent when your son comes home and tells you that his best friends are the two or three kids who are actually the meanest to him.

Disability Scoop: How has this new diagnosis changed your family’s day-to-day life?

Disability Scoop: How do you manage it all while shooting the show?

Christopher Gorham: My wife is a superhero because I’m only home for a couple of nights every week or week and a half. She’s got to juggle this all on her own. We hired an assistant to come in and help out, but it’s just not the same. It’s really hard and most families don’t have available to them what I have available to me. They can’t go hire a full-time assistant to go grocery shopping. Lots of them can’t afford to have even one parent at home. I know how difficult it is for us and my heart goes out to the other parents and especially the parents whose kids have much more severe disabilities than my son has. We’re very lucky.

Disability Scoop: What made you decide to go public with your son’s diagnosis?

Christopher Gorham: I didn’t see the point in hiding it because it’s not something that we’re ashamed of. At the same time, I’m not going to make it the lead story about me and my family. I don’t plan on trotting him out in front of the cameras or having him talk about it or be the face of whatever. But I’m open to talking about my experience, what it’s like as a parent.

Disability Scoop: How is your son doing now?

Christopher Gorham: He’s just about to finish third grade and we’ve put him in a school that’s geared toward kids on the autism spectrum. It’s been a big help.

The above interview was an excerpt from the Disability Scoop (by Michelle Diament) that was originally posted on June 3, 2011.