One of the hallmarks of Asperger’s Syndrome (AS) is that individuals often have strong points of view, and they have trouble seeing other points of view as equally valid. Most see themselves as extremely logical and therefore right in their conclusions; for them, the points of view of others can seem illogical. This is often perceived by neurotypicals as being oppositional, stubborn or lacking empathy. 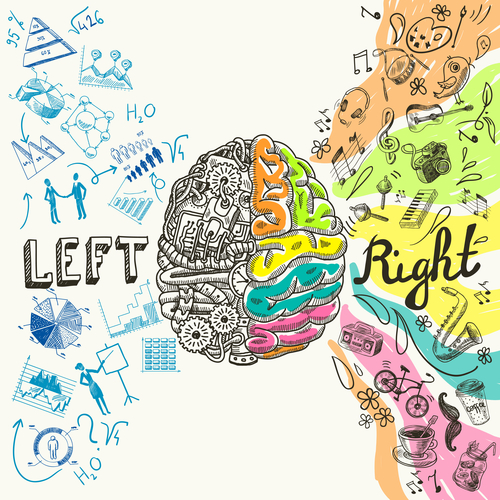 What’s interesting is that often when people think they’re being logical, research shows that their emotions can be driving their cognition. Emotions are frequently substantial influences in people’s thinking without their knowing it. In his eloquent writing for LinkedIn, Kristopher Jones makes clear what is my experience as well:

People with AS can have very strong feelings.

Peter Salovey and Marc Beckett of the Center for Emotional Intelligence at Yale University www.ei.yale.edu have done compelling research on the topic of feelings influencing thinking. In one study by Brackett and his colleagues on the influence of teacher emotion on grading practices, they took a large sample of middle school teachers. Using techniques demonstrated to be effective to induce a positive or negative frame of mind, they had half the teachers influenced to be positive and half to be negative. All were given the identical essay to grade. The scores given by the two groups differed by 1 to 2 grades, yet all of them were certain that mood had nothing to do with their scoring.

Why is this significant for people with AS?

The Dialectical Behavior Therapy model of cognition suggests that we all have a logical mind and an emotional mind.

It’s where these two overlap (are integrated) that genuinely “wise” thinking can get done. Otherwise, we’re unaware (like the teachers) of the extent to which emotion that hasn’t been acknowledged is dictating what seems to be logical thinking. Most AS/NLD individuals I know operate out of one kind of mind or the other, but fail to meaningfully integrate the two.

I worked with a young man who was very reactive to what he perceived as criticism. A person who criticized him at a temporary job became someone he never wanted to see again; in fact, the entire setting became somewhere to be avoided.

He felt this was logical – you don’t go where you are treated badly.

He also reacted the same way in his personal life. His girlfriend’s parents made a remark he considered critical, so he began avoiding them or going to their home. It made sense that if they didn’t like him, he’d stay away. Also, he worked for a time in a program he’d attended as a lower-level administrator. He felt the director was unfriendly and at least one staff member didn’t think he was doing a good job. He was actually demoted to doing research. Sometimes, people were rushed and didn’t seem to have time for him. He avoided spending time with staff and actually avoided saying hello to anyone.

With work, he was able to begin to integrate his feelings about these events into a more realistic “big picture.” In the office, he realized that he’d gotten a lot of positive feedback, and he was dwelling on the one negative person he encountered. The office had asked him to return several times, so the estimation of his work was actually good.

His girlfriend’s parents had welcomed him into their home many times before the incident that offended him, and the remark was actually a fairly minor incident in a longstanding positive relationship.

He began to see how his “file cabinet” (his metaphor) was filled with files of resentment and judgments that he never threw away. He’d pull them out every time the person or setting in question came up. He kept them fireproof and indestructible.

In the school, the director turned out to be going through a personal medical crisis. Her lack of warmth had more to do with her anxiety than with him. The staff member trying to instruct him was friendly, and in fact my client was inexperienced and not that good at administration at that point. His detail focus made him an excellent researcher, and when they had suggested he get more training in administration in a junior role, he had refused. When he actually spent time in the lunchroom, he found that the other staff to be friendly.

Over time, he opened up the “files” and took out a few pages at a time. He came to realize that the people and places weren’t all bad.

In fact, some had been predominantly supportive. And while a few of the people who criticized him were nasty – they had their own problems – most of the others were reacting themselves to understandable circumstances, or trying to help him.

He began to recognize that some of his “logical” assumptions and decision-making were actually influenced by his feelings.

The bottom line is that all of us, neurotypicals and divergent thinkers, need to check in with our emotions to think genuinely logically.

Most of us are fairly unfamiliar with our moods. The Center for Emotional Intelligence has actually created an app for knowing and working with emotions. It’s called “Mood Meter”. It lets people plot their moods based on energy level and positivity. The Mood Meter offers adjectives to describe moods, which helps fine-tune the plotting. It then offers strategies if people want to change their moods to become more positive. Whether one uses this tool, journaling, mindfulness meditation, or other ways of reflecting, understanding and integrating thinking with emotion makes for better, wiser thinking.

This article originally appeared on PsychCentral.com “Are People with Aspergers/NLD as Logical as They Think?”. All rights reserved. Reprinted here with permission.

9 thoughts on “Are People with Aspergers as “Logical” as They Think?”