Actors use scripts to help them memorize dialogue as part of their performance. Once they have memorized the script, then they can recite the words from memory adding meaning through inflection, tone and pauses. One of the common strengths of students with an autism spectrum disorder is that of rote memorization. 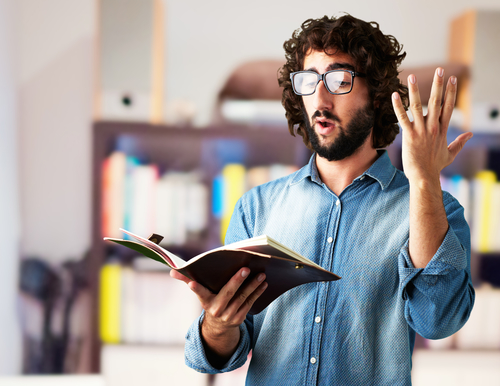 Therefore, a script may be an excellent tool to build conversational skills. Scripts are written sentences or paragraphs that individuals can memorize and use as supports in social situations. From greetings to asking for help to engaging in a conversation, a script can be a simple and discrete visual support.

When possible, student interests may be incorporated to heighten motivation to use this strategy. If a student likes Harry Potter books, a script can incorporate pictures that represent events from that book that relate to the content of the script.

Scripts can also support students that tend to shift the conversation back to their own special interest.

Scripts can include their favorite topics, but then extend beyond to connect with a broader audience. For example, a script might start with “I really like video games. How about you?” The script would also indicate in parenthesis that they are to wait and listen to the response.

Then the script may continue with a question that is not connected to their interest. “What do you like to do on the weekends?” “Do you like music or movies?” Each of these may potentially engage the other person in a conversation beyond the student’s favorite topic.

Scripts can be written for different audiences as well. A script for a greeting for an adult versus a peer may include different language.

If you are not sure what is the “cool” way to converse from peer to peer, enlist the help from classmates to create the scripts. Practicing the scripts with those peers can increase the effectiveness of the strategy, and build understanding of how to use them in typical interactions.

When the student is successful with a script independently, then it might be possible to fade the use of the script.

By removing the last word from the script and then the next to last, and so on, until the script is absent, the student learns how to be successful without the assistance of a script over time. Scripts can be effective tools to help students learn how to spontaneously initiate and pursue social interaction.