Last week Aspergers101 was proud to host a day of Autism awareness and enlightenment in San Antonio Texas. First we co-hosted a luncheon alongside San Antonio Chief of Police, William McManus regarding the
Driving with Autism statewide initiative. Over 25 law enforcement agencies were represented as well as city officials.  All came together to hear about the new Texas driver license restriction code, Communication Impediment with a Peace Officer and how that may look in a pull-over scenario. Though Dr. Grandin’s plane was delayed, she made her entrance to speak to the officers just as the luncheon drew to a close..a great way to end on a high note! 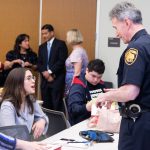 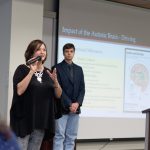 Jennifer and Samuel Allen present understanding Autism and those with a communication challenge. 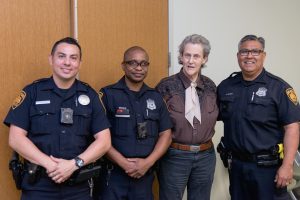 Jennifer Allen and Samuel Allen presented the impact of the Autistic Brain when encountering drivers displaying the new code. Below lists some of the topics covered to the full house of law enforcement officers: 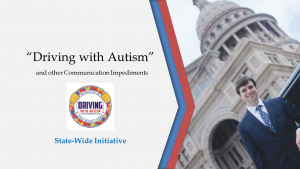 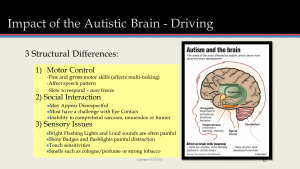 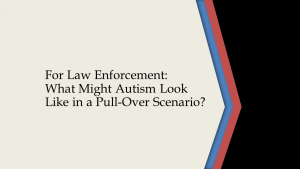 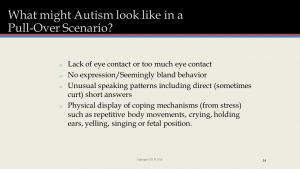 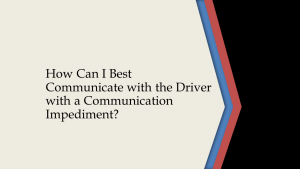 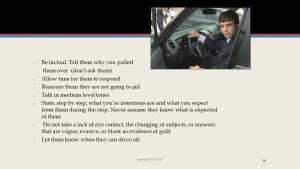 Dr. Temple Grandin spoke on the importance of allowing the person with Autism the time to respond. “A person with a communication impediment is like a computer that slowly scrolls to catch up. You’ve got to allow them time respond when confronted with an officer of the law.” 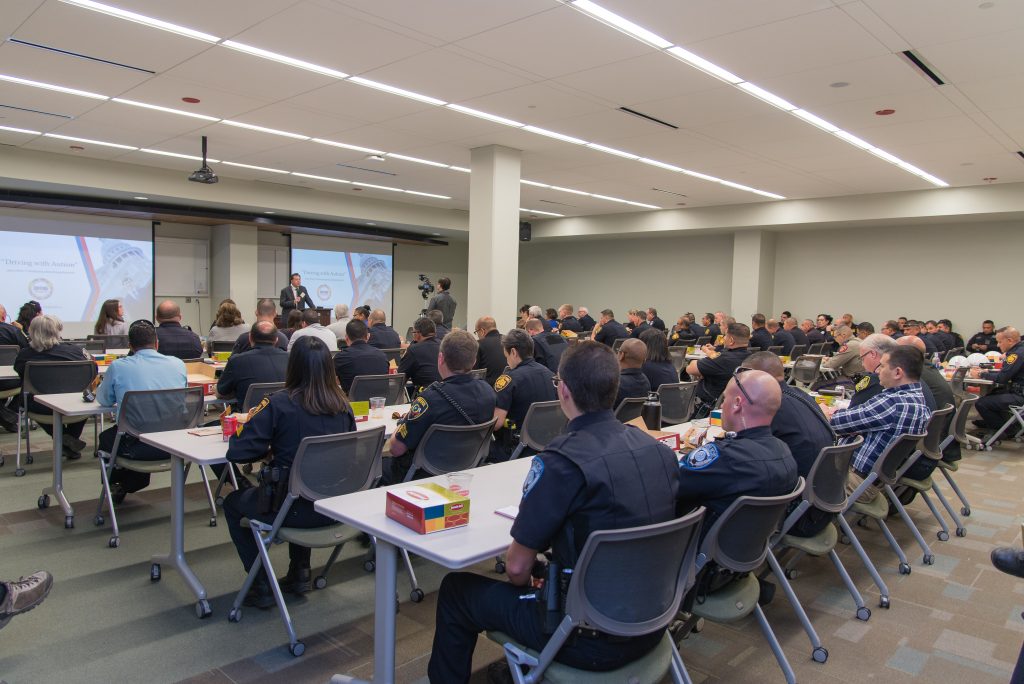 Ron Lucey, the Executive Director of the Texas Governors Committee on People with Disabilities, provided the endorsement of the statewide program “Driving with Autism” and the hope of it’s future. He presented a proclamation, from Texas Governor Greg Abbott, to Jennifer Allen. The proclamation is proclaiming April Autism Awareness Month in the State of Texas. 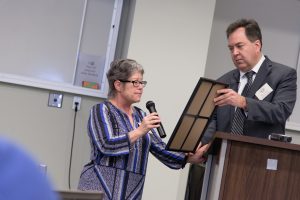 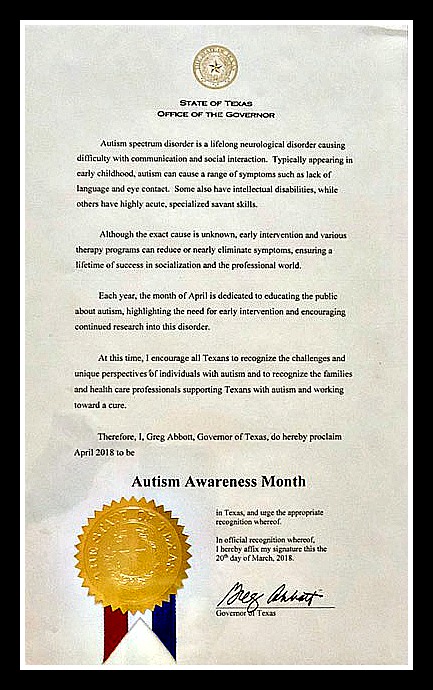 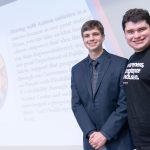 Proud to have Eco-Artist Grant Manier (R) and his Mother Julie at the luncheon. Sam Allen(L) 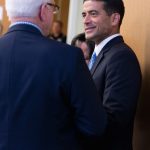 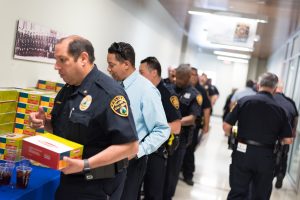 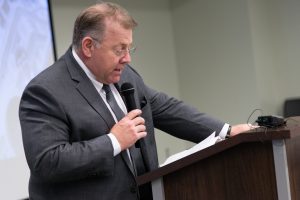 For more information on the Texas Driving with Autism (and other communication impediments) Program, you may click on the icon below: 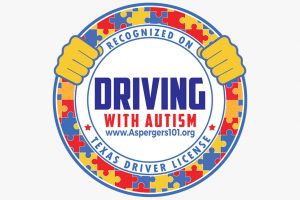 One thought on “Unlocking the Potential: A Day with Dr. Temple Grandin”