When I was young, teachers (and peers) realized I could do math in my head. In third grade, I got my multiplication tables down before anyone else. When I started a new school in eighth grade, my classmates discovered I could multiply two digit numbers times other two digit numbers in my head. My senior year of high school, I entered a “number sense” competition and placed 2nd out of 15. Right before I started college, I tested out of math and hence, never had to take it after high school. 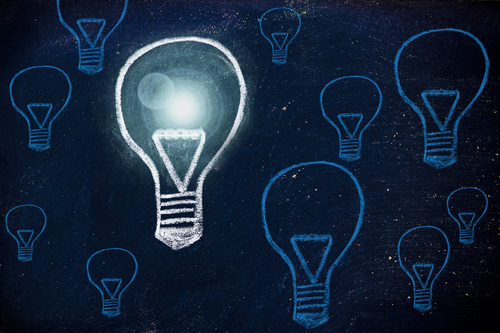 Years later, I tracked down via email an old co-worker who had a successful career in advertising. He wrote back and told me he had recently been sitting in a business meeting with facts and figures flying around and thought about how nice it would be to have my math ability. To this day, if my parents or brother have a mathematical dilemma, I’m the “go-to” guy.

I think in terms of pictures and images, not words, and as such, when someone gives me a math problem I can see the numbers and come up with a quick calculation. Oh, and I’ve also taught myself little tricks to use as shortcuts when calculating.

All of this begs the question: Does this ability come in spite of Asperger Syndrome or because of it? Let’s just say if I were “neuro-typical,” I doubt I would be able to do any of this. Mainly, I would think like a neuro-typical, and as such, I probably would have to use a calculator more than I do now.

The point is, there are definitely things about Asperger’s that are positive. In fact, my former co-worker once told me that if I’d been born in another time I might have been a hot commodity in the employment market, but that my talent was rendered obsolete by calculators.

If you have an “Aspie” as a friend or relative, encourage him to find out what his strengths are and to maximize those strengths to their full potential. Because of the way his brain is wired, he may sometimes struggle with things others take for granted, but others will also struggle with things he takes for granted. An encouraging “push” might be all it takes to get the Aspie started on the road to self-discovery.