Many factors play into a person’s mental health. Communication styles can even be tied into mental health. Having roommates that you must learn to communicate with on a regular basis can be a helpful treatment for depression and isolation. Having roommates can also offer the opportunity for learning valuable social skills that living alone would not. Learning how to live with someone else is an important step in development. Both independence and community involvement go hand in hand for successful living skills, especially for those with ASD. 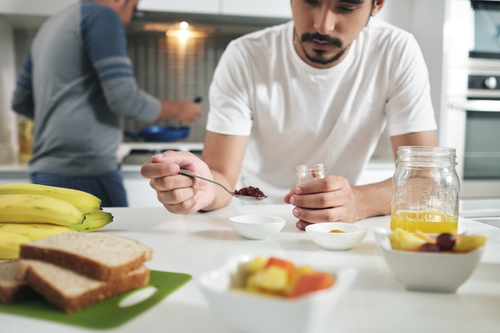 I began working with a young man I will call Buddy to work on social skills and making connections with others. Buddy recently moved out into the community for the first time and was provided a roommate with a similar profile.

Buddy has lived most of his life in a rural area and was able to remain in his room for long periods of time playing video games. He often had thoughts that would provoke a tense look on his face and he would start punching in the air. Buddy is an extremely kind and gentle young man, however this characteristic causes others to get concerned.

The first step that took place was a dinner with the new roommate so that they could get acquainted with each other.

During this time the two were asked to turn off their phones and openly talk to each other. Buddy is very quiet and his new roommate is very social and does not do well with confrontation. The two were asked open ended questions. Buddy would answer the questions, but his answers were short. His roommate had long animated answers. Despite these communication differences they seemed to get along well. After dinner they were asked to exchange phone numbers since they were going to live together and would be relying on each other.

Buddy will not mention that he gets depressed or anxious but his body language will show it.