People on the spectrum struggle to understand the meaning of non-verbal social cues. Unfortunately, this can be very hazardous when it comes to inter-personal relationships, especially those of a romantic nature. 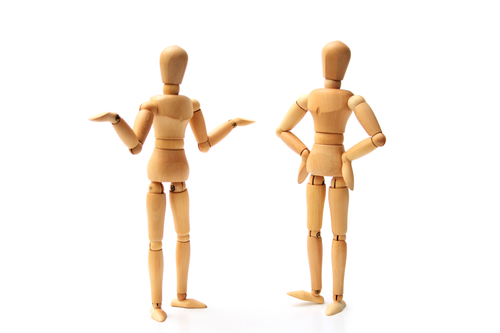 I used to think I had a chance at a relationship with someone as long as they didn’t flat-out reject me. What I failed to understand was the non-verbal cues, i.e. not returning phone calls, not being receptive to conversation. But while these things may not come easy to the Aspie, they can certainly be taught.

We had a fantastic year of valuable content from all of our dedicated writers. Listed below are our four most popular blogs of 2016. Read these short introductions and click “Read More” to see the full blogs!

Aspergers is Not the Same as ODD (Oppositional Defiant Disorder)

People with Asperger’s usually collect labels like ADHD, anxiety disorders, or bipolar disorder before they’re diagnosed with AS. The label that annoys me is Oppositional Defiant Disorder. Is there a difference between people whose Asperger’s-related behavior is misunderstood and ODD? I find that ODD is sometimes simply a description of behavior without a cause.
Read More

Surely, anyone who has or works with Aspergers Syndrome has received encouragement of the idea that people with Aspergers and their closest acquaintances (i.e. parents and teachers) ought to discover and to nurture that ONE thing that they know or do best (…) As beneficial as they are, however, restricted interests do not always ensure that people with Aspergers achieve long-term personal development and sustenance. More specifically, restricted interests can take away from the ability to develop mental strength.
Read More

Alone Time for Teens with Aspergers is Crucial: Allow Them Their Space

Breathing room or ‘alone time’ is good for anyone, but for someone on the spectrum it is crucial. When Sam was very young I found myself, as his mother, wanting to arrange play dates with other children who were not exactly knocking on our door for playtime. My reasoning was he must be lonely, so I did everything in my power to elicit playmates. Offering the best snacks, coolest toys, or excursions to area attractions, but it didn’t take long before no one came around.
Read More

Aspergers, “The Twilight Zone”, and The Perception of Beauty

Remember Ellie Mae on “The Beverly Hillbillies?” She was portrayed by Donna Douglas, in her day considered one of the most beautiful women on television. But she also once played a character who wasn’t so beautiful (…) In an episode of “The Twilight Zone” titled, “Eye of the Beholder,” Douglas portrayed a woman who was so ugly, she underwent an operation to make her less so (…) Obviously, her character was not inherently ugly, but she was simply born in the wrong world. That’s a dilemma similar to that which the Aspie faces.
Read More