This blog was originally published when Jennifer had initially discovered the discrepancies in the Texas State DPS system when it came to the “Communication Impediment” as an option for those with Autism. Since then, Jennifer and Aspergers101 have worked tirelessly to change current laws and promote this beneficial option for drivers with Autism in Texas. To learn more about what Jennifer Allen and Aspergers101 have done for drivers with Autism in the state of Texas, go here: 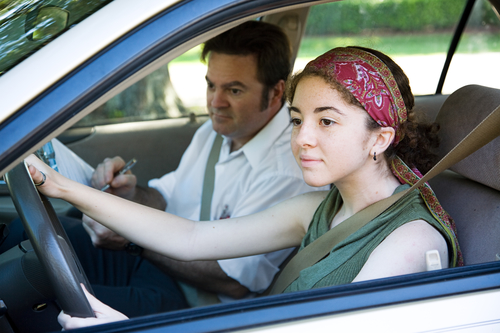 Having a son with Aspergers Syndrome is always a learning curve. I haven’t had a living template from which to go by. Every small milestone in Sam’s young life has seemed so much larger hurdling than it was in mine or my husband’s life. So as we approached the driver’s education opportunity in high school, we rolled up our sleeves and got busy in research. Though gifted with a high intellect, oftentimes those with Aspergers Syndrome or High functioning Autism are 2 to 3 years behind on an emotional level. Emotions often play into driving (ie…people with road rage) so I took that into account when Sam approached the typical 16 year old age of driving.

While we wanted him to go with his class, we held back a bit and it didn’t seem to bother Sam.

We waited a year for Drivers Ed and I went to the district, before he began, and spoke to the Director of Student Driving about Aspergers Syndrome.

They were aware of it but I made sure the driving instructor assigned to Sam knew about how sarcasm, loud noises from fellow student drivers or impromptu journeys would not fare well. Though a bit older than the other student drivers, Sam did well and completed the course.

The next big step was the actual test at the DPS. Here is where I want to share valuable information!

Through persistence on our part, we were able to have “Communication Impediment” put on the restrictions section (where they list use for glasses and such) of Sam’s Drivers license. This offers some security for when/if Sam is pulled over by a policeman and the officer is threatening to him. The officer will see on Sam’s license that he has Autism, and difficulty communicating as we know could be misconstrued for bad attitude.

Please check into this for yourself or for your child’s sake! You might have to put on your investigative hat (our local DPS office had never heard of this). But, when they checked with the state level (we’re in Texas) it was confirmed you could put Autism in the computer with “Communication Impediment” on the backside of the license under restrictions.

Sam is 19 now and just got his first vehicle.

He drives to the nearest community college and to work by himself. He is a good driver but by holding him back a bit (let the emotion catch up) and mapping out a driving route with least potential issues, this hurdle wasn’t so high after all.