When asked to think about a particular fashion brand, Karen doesn’t try to hide how dissatisfied she would be if she owned it. It is immediately expressed, as she pulls down the corners of her mouth and presses her lips together.

This is a good example of someone displaying their feelings for all to see. But while her mouth is telling us she is dissatisfied, she is also telling herself. She would make this expression in private, as well. Try thinking of something you don’t like and see what happens to your mouth.

Dr John Habershon has spent many hundreds of hours conducting in-depth interviews during his career in consumer and social research. Over the last eight years he has analysed the nonverbal responses captured on video on a wide range of topics, ranging from favorite products and advertising on TV, to bereavement and stress at work. He became involved in work for those on the autism spectrum through friends with Asperger’s in the family and has created Emotions Reader, (https://vimeo.com/ondemand/readingemotionssystem) an interactive program with quizzes to help users identify facial expressions. John has a long standing interest in understanding emotions, having gained his PhD on the psychological effects of unemployment at Imperial College, London University. He has been elected a Fellow of the Royal Society of Arts. http://www.momentumresearch.co.uk/ 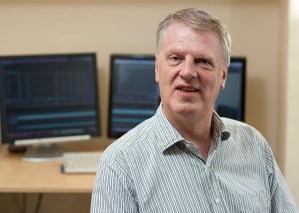 We all appreciate how useful it is to understand how other people are feeling, yet it’s a skill which is very much taken for granted. For those on the autism spectrum it is not always a natural ability. To help in learning and practice I have compiled a number of examples of people showing emotions – both in real time and slow motion.

These are not actors and nor are the emotions simple and necessarily easy to detect as sometimes done by actors. This reflects the real world in which we often see a mixture of emotions. After all, we can be puzzled by something and annoyed at the same time, or find something funny, but also embarrassing.