Being a person on the Autism Spectrum and dealing with abuse from many places, I understand that being rejected is tough. Having Autism, I never felt that I fit in with the ‘normal’ children. I had to sit away from everyone in class and was seen as being weird or stupid. My family members did not seem to understand what I was going through because they didn’t have Autism.

I have been rejected many times and in many ways. I was rejected for jobs through email saying, “Dear Maverick, we regret to inform you that your application will not move forward, we encourage you to reapply.” For a long time I never got past the interview process and if I did, no feedback was given on the interview. Sometimes I had to log into my portal and find out my application was rejected three days ago and was never notified by anyone. 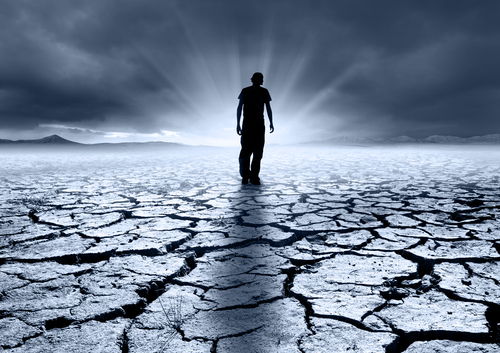 In the past there were employers where I would walk in with my resume and I was dressed sharp but I was automatically turned down. The reason why I was turned down was because of my facial expression, not being able to look someone in the eye, or I appeared to be stupid, slow, scared. All of these negative perceptions were because they did not understand me or what I was going through. Employers are not supposed to discriminate against you because of your disability but I had potential employers that did so with me, whether knowingly or unknowingly.

When I applied to graduate school, I applied to about three schools, and was denied by all three of them. In a previous blog I told you how many times I was denied admission from universities and the same for scholarships. Life is a competition and everyone is competing with each other trying to reach one goal whether it’s a job opportunity, scholarship, school, promotion or others. We are living in a society where ideally everyone can win a prize and we all should be winners. It’s good for children to believe that they are winners so that they can then have the confidence in themselves that they can do anything they put their mind to.

But when children become adults, they are in a reality where there exists only a few winners. In order to be the winner, you have to work hard and compete the best way you can against everyone else.

Sometimes it’s unfair, biased, and wrong but unfortunately this is how life is. It’s important that we give a child the fish early on in their life, so when they get old enough we teach them how to fish so they are able to do things for themselves.