As dramatic as it may sound to some, the challenges aspies face can lead them to have countless reasons to give up on themselves and their lives. This can often lead to thoughts of suicide and attempts, too many of which are successful. Bullying, grave misunderstandings, absent and abusive relationships of any kind, long-term unemployment, and mental illness are all common reasons why suicide occurs among aspies. 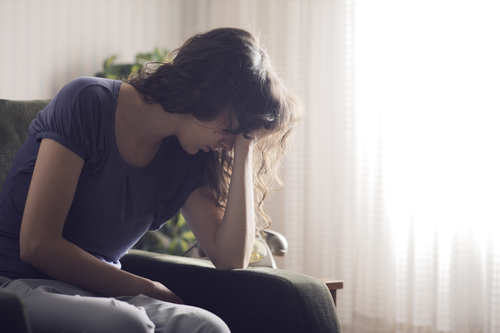 Aspies often tend to keep quiet about their troubles, typically under the belief that no one will truly understand what they experience; not only in a given environment, but also in their mind. Therefore, even though an aspie appears happy and productive in their life, they can still anonymously harbor difficult thoughts and emotions; sometimes until it is too late.

All aspies need quality relationships with family and friends, as well as comprehensive and individualized support systems throughout life, even with the smallest of tasks. In addition, aspies share universal needs with their neurotypical peers. Another article will address these needs.

Here are some common triggers of suicide in aspies, and how to recognize them:

Most typically caused by the feelings of isolation, hopelessness, and learned helplessness, mental illness takes many forms. In the case of suicide, anxiety and depression are the big two that cause the aspie to become fixated on negative thought processes. This fixation becomes a chronic mental toxin that can attribute to any aspect of an aspie’s life, particularly the most challenging aspects.

Fortunately, it is simple to recognize when an aspie does not feel mentally strong or healthy. Some of the signs include negative repetitive words and actions, regression, and more self-withdrawal with a greater desire for alone time. The key is to understand the symptoms of various mental illnesses and sort out which ones apply to the aspie. Then, a parent or caregiver can find the specific kind of support systems that work for the aspie. This, along with the quest to find quality people and enjoy healthy and productive activities, prevents suicide and suicidal thoughts alike.

This is one of the most obvious causes. However, what is not so obvious is that it is not the bullying itself that kills, rather it is the aspie’s raw interpretation of it and the inability to achieve a resolve that kills. The combination of such a negative interpretation and isolation jeopardizes the aspie’s wellbeing. Swift changes in mood or behavior indicate possible bullying. More specifically: defensiveness, more frequent mutism, and self-withdrawal come into play and tamper with the aspie’s quality (or already troubling) lifestyle.

The key to bullying immunity is:

These five things provide the aspie powerful knowledge, wisdom, and integrity against bad influences and allow them to productively work and to feel content in their presence.

Often times, the phrase “silent, but deadly” plays a literal and tragic role in the aspie’s life. The most critical issue here is that parents, caregivers, and educators alike usually believe that they are doing all of the right things, but strike a blind eye to subtle and silent issues on the aspie’s end.

In other words, the aspie can have subtle troubling and unhealthy thoughts about the self or about their circumstances. Even toxic habits, such as self-injurious behaviors, can go unnoticed. This makes it more necessary for caring adults to monitor virtually all of an aspie’s daily activities. Close observation, deep conversation, responsible action, and cultivation of healthy habits address the underlying issues an aspie has and keeps them on track with their life. Nothing goes undetected!

There is not much to say here except that if a parent, caregiver, educator, employer, or companion is in any way abusive, the aspie will suffer emotionally and feel hopeless, defenseless, and voiceless with suicide as a palpable outcome.

This also speaks for itself. Toxic employment can mean that if a manager, supervisor, co-worker, or work condition is toxic (as in: menial, unproductive, disorganized, passive-aggressive, or excessively rigorous) the aspie will likely meltdown or shut down. Under any of these circumstances, the aspie will likely become the subject of abuse, layoffs, or other typical workplace consequences that they would not necessarily deserve.

In prolonged unemployment, the aspie will likely become disconnected from their knowledge of useful employment concepts such as interview skills and self-marketing skills, among others. Worst of all, the aspie can easily develop chronic depression that takes away from self-esteem and self-confidence. Additionally, the aspie can become fearful that they will not have much of a chance of getting a decent job or walking along a solid career path. Indeed, this tests the aspie’s faith. In order to keep faith, the aspie deserves to believe in bigger things that might help keep a positive outlook; such as the idea that everything happens for a reason.

Simple misunderstandings alone would not likely cause suicide. However, if misunderstandings are more critical, broader, and in conjunction with other emotionally detrimental factors, such as those previously mentioned in this article, the danger of suicide becomes a staggering probability. The most surefire solution here is for the aspie to understand and love their “self”; to understand every detail of what happens in a difficult situation, and to accept the reality of it all. Finally, a clear understanding of the aspie’s core values and what is most important to them allows the aspie to keep moving forward with their life, rather than to take it.

Have any other suggestions for suicide prevention? Please share them in the comments below.

14 thoughts on “Suicide Prevention for Those with Aspergers: Understanding Common Triggers”