“People with disabilities have enormous contributions to make to our economy and our society, but they remain disproportionately represented among our nation’s unemployed.”  -U.S. Secretary of Labor Thomas Perez 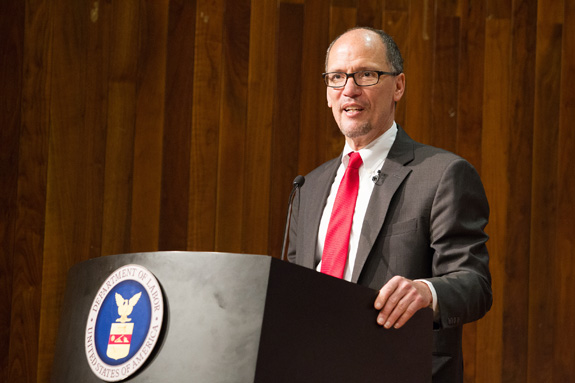 The U.S. Department of Labor said this week that $15 million is on the table for the effort. The new funding is intended to be used by state workforce agencies to create “flexible and innovative strategies” to grow participation of people with disabilities in federally-funded job training programs.

“People with disabilities have enormous contributions to make to our economy and our society, but they remain disproportionately represented among our nation’s unemployed,” U.S. Secretary of Labor Thomas Perez said. “We are working to change that by providing more training options that prepare these workers for good jobs. These grants will help build strong ladders of opportunity to the middle-class for these workers.”

Grants worth $1.5 to $2.5 million each are expected to go to eight states to be used over a 42-month period, officials said. Selected projects will include those focusing on each of three groups — adults, young people ages 14 to 24 and those with significant disabilities.

Similar grants have been issued to 37 states in recent years to improve accessibility at American Job Centers and train staff at such centers on the needs of people with disabilities among other efforts, the Labor Department said.

State workforce agencies have until June 11 to apply for the new funding.