Contributing writer with Aspergers, Ken Kellam, answered questions from some of our readers. Doug and Kelly both had concerns about their adult sons with Aspergers. Now, Dema Stout–Coach and creator of an adult Aspergers Meetup in San Antonio–adds her own insight and guidance.

Click here to read the full reader questions and responses from Ken Kellam. 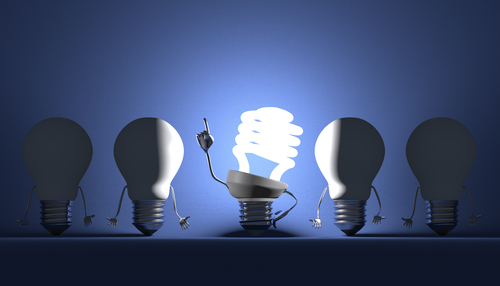 My son, now 30yrs old has had difficulties since childhood, and we know he has Aspergers. During his teens he was extremely angry and sad but he came through this period. Today he lives independently, has his own home and car but for the past year he has not spoken at all to anyone. His life is restricted to his job, which is in jeopardy because of his refusal to speak to his co-workers. He was visiting me on Sunday but now that has ended. He literally speaks less than a “Yes” or “No” to anyone. Read more

Often adults become overwhelmed with demands for conversation. I’m sure you want to have more reciprocity with your son. Perhaps try just hanging out with him, and make declarative statements, meaning: open-ended comments that are not questions.

Maybe comment on something you know he is interested in. If, for example, he is interested in basketball, you could say “I noticed the Spurs are on a real winning streak”. Then give him plenty of time to respond: up to 45 seconds. That feels like you are waiting forever, but it may take that long for him to formulate something he wants to say.

Let it be okay if he talks or he doesn’t. A little while later make another comment. We get so used to asking questions to get a response that sometimes that constant questioning is very aggravating, and the person just quits answering.

I have been trying to teach my now 24 year old son with Aspergers how to drive, yet haven’t gotten very far. He still makes poor decisions when driving, such as if he is making a left turn, at times he’ll forget he needs to wait for the oncoming traffic going straight to be clear. It’s also the never ending “what ifs” that prevent him from doing so many things. Read more

This is an all too frequent situation. I know of several young people who spend most of their time on the computer in their room. This is often because they are overwhelmed with the confusing demands of adult life. The Asperger Experts have some videos on how to help parents help their sons and daughters feel more comfortable going into new situations.

About driving: Another strategy you might consider trying is to “think out loud” when you are driving about how you are making decisions: how you are scanning the road, how you watch for oncoming traffic, why you slow down at an intersection. As a next step, have him sit next to you and narrate out loud what you should be thinking.

Once he gets good at that, have him do it while he drives, assuming he can drive and talk at the same time. Don’t give up if he is motivated to learn. I know several young people who took a couple years of practice to be safe drivers. Additionally, there is a computer simulator that he might be able to practice with. Some Driving Schools have them. Also, teach him how to use public transportation, including Uber. He needs to know you expect him to be able to get around on his own and have employment. But that can’t be forced.

Since your son has an Asperger’s diagnosis, he should qualify for your state’s vocational rehabilitation program. Admittedly, some of these organizations are better than others. However, most have counselors that will help your son develop a plan for employment and provide some of the supports necessary to get a job. Continue to let your son know you believe in him and that he will be able to get a job. There is a delicate balance between enabling him and supporting him to take some steps on his own.

Consider looking for a Meetup for adults on the spectrum or start one yourself. This might be a great way for both young men to make friends and have more activities to look forward to.

Dema K. Stout, MA, PCC, CPCC established her private coaching and consulting practice (formerly Synergy Solutions) in 2004 to provide individuals (and their families) with neurodevelopmental disabilities such as AD/HD and Autism Spectrum Disorders the best possible support to achieve the quality of life they want and deserve. Dema spent the majority of her professional career as an employee of human service agencies providing supports to families and their children with disabilities. Upon relocating to San Antonio, TX from California, Dema decided to develop her own consulting business. She finished her initial Coach training with Coaches Training Institute, San Rafael, CA in 2002. She is also a graduate of CTI’s Leadership program and a Certified Nurtured Heart Approach™ Advanced Trainer. Dema has studied with Jodi Sleeper-Triplett, a leader in the field of AD/HD coaching. The services Dema provides maximize the skills she has obtained during her long career to support individuals and their families.

One thought on “Solitary Sons with Aspergers: Guidance from Coach Dema Stout”