Q: Could you go into detail on other types of relationships (friends, co-workers, acquaintances, etc.) that you have had? Do you have a specific example of a misstep? Or situation that you were able to handle because of something you had been taught? 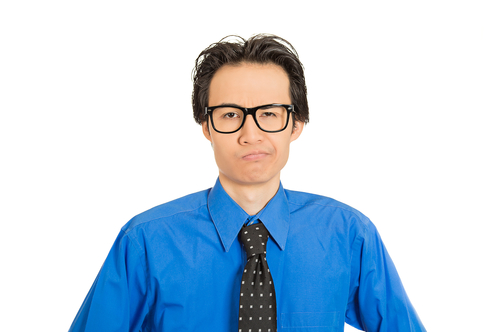 A: Years ago, I was asked to help lead songs for a college-age Bible study (I was 30). Eventually, some of the women in the group went to the leader and told him they were uncomfortable with the way I looked at them. I was asked not to come back. I was in complete shock, and kept trying to figure out where I went wrong.

A little over a year later, I overheard a co-worker make a similar complaint about me (she was on her phone and didn’t realize how loud she was).

It was then that I realized I did indeed have a problem with staring, and didn’t even know when I was doing it.

I worked with a counselor who taught me techniques on giving people space, and how to give people a break from my eye contact. He taught me things about body language that I had never thought of before. I put these learned techniques into practice in subsequent social situations.

I learned to closely monitor how long I looked at someone, and how much personal space I was giving them. These things were extremely beneficial to my interaction with others, and I’m sure made others more comfortable around me.

There’s no comparison. I used to compare myself to everyone around me, and they always came out better. Is the grass really greener?

Ken Kellam III was diagnosed with Asperger Syndrome in his late 30's, and has worked with Autism Treatment Center of Texas since 2003. He is currently the administrative assistant to the clinical director. He also helps facilitate three different self-advocate groups, and in the Spring of 2015 was presented with the "Angel Award" by the National Autism Association of North Texas for the works he has done with these groups. He has also done public speaking on the subject of autism/Asperger syndrome, and has spoken to various educational and parental groups. When not involved with autism, Ken has led the singing at the same church since 1988, and has also been the fill-in preacher at this same church. In 2006 he was called on to sing the National Anthem at the Autism Society of America's national convention in Dallas, and performed the same song at ATC's rodeo fundraiser. He also enjoys writing, and formerly wrote articles for a website dedicated to reality television. In 2011 he got married for the first time, and his wife Rachel works for ATC in Adult Services. Ken graduated from Oklahoma Christian University in 1987 with a Bachelor's in Mass Communications, and once worked as a radio traffic reporter, interactive announcer and writer, and news producer in Dallas. He views Asperger's as a difference, not a defect, and has come to appreciate the positive aspect's of Asperger's.

One thought on “Adults with Aspergers and Social Techniques: Learning Personal Space”