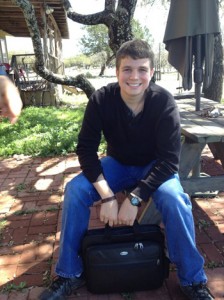 My name is Samuel Allen, and I have Asperger’s Syndrome. For starters, I feel different in many ways, but truthfully, there is no such thing as normal. I feel that I’m not able to relate to fellow peers sometimes and at times, it can be hard to socialize, but to every down, there’s an up. I’m very proficient in science and technology. For example, I’ve built a custom gaming computer using high-end components. In fact, I recently installed a liquid CPU cooler for said computer, which cools the CPU better than a fan cooler. I’ve even met the famous Temple Grandin. Multiple times! When I first shook her hand, she explained to me how I should properly shake someone’s hand. I even got to eat lunch with her!

Asperger’s Syndrome is nothing to feel down about. You should feel happy that you have it: it is a gift, not a curse. There’s even an article stating that people with Asperger’s Syndrome are becoming higher in demand in the technological areas of business because of their high intellect. Many famous and historical figures are claimed to have Asperger’s Syndrome: Albert Einstein, Isaac Newton, even some of the Founding Fathers are said to had Asperger’s Syndrome! So Asperger’s shouldn’t be seen as a disability, think of it as an improvement to life. 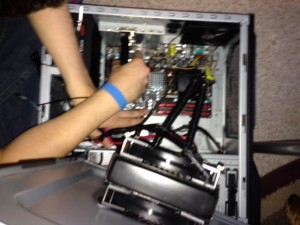 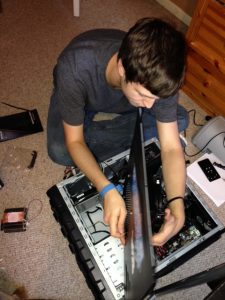