In other words, positive reinforcement means when a behavior has an increased likelihood of occurring again if something is given after it occurs. 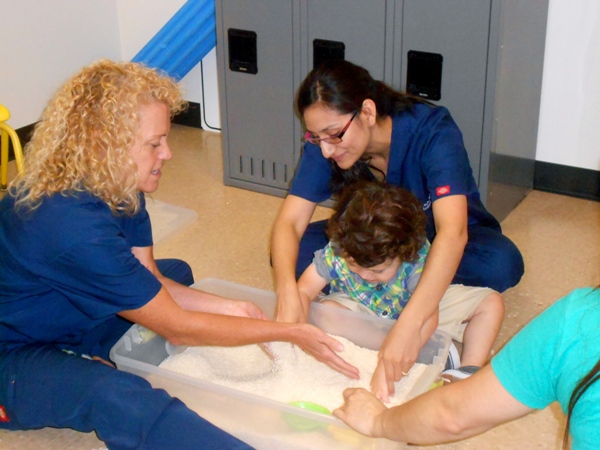 An example of positive reinforcement:

You tell a child if he or she cleans up their room, they can play for 30 minutes on the Wii, an activity they enjoy. The likelihood of the individual cleaning up the room is more likely to occur in the future because they received 30 minutes of playing with something they enjoy. In order for reinforcement to work, you need to make sure that what you are giving them is something that they value.

However, let’s change the reinforcement premise–

You instead tell the child if they clean the room you will go the movies. Your child is sensitive to sounds and does not like being around large crowds, so he will be less likely to clean his room even though you think it would be fun. The purpose is to focus on the child’s likes and dislikes to achieve the desired result.

Negative reinforcement is when a response is followed immediately by the removal of a stimulus and, as a result, similar responses occur more frequently in the future. In other words, negative reinforcement means when a behavior has an increased likelihood of occurring again if something is taken away after it occurs.

An example of negative reinforcement:

If, however, they really like doing laundry and that was a chore on the checklist that you removed, the negative reinforcement will not have the desired effect on behavior.

You need to always keep in mind what the child likes and does not like. You give him or her things or activities that they enjoy and take away things that they do not like to increase the likelihood of the behavior occurring again in the future. If what you are presenting and taking away is not increasing the likelihood of the behavior in the future, then you are not using reinforcement.

How do you use reinforcement with your child? What types of reinforcements are most effective, in your experience?