The following is a group of fantastic reader responses and questions related to Ken Kellam’s recent blog titled, “If There Were a Cure for Asperger’s”.

At Aspergers101 we strive to encourage an open conversation among the community. Here is a look at what people have been saying about Ken’s blog, along with a response to one of our readers from Ken. 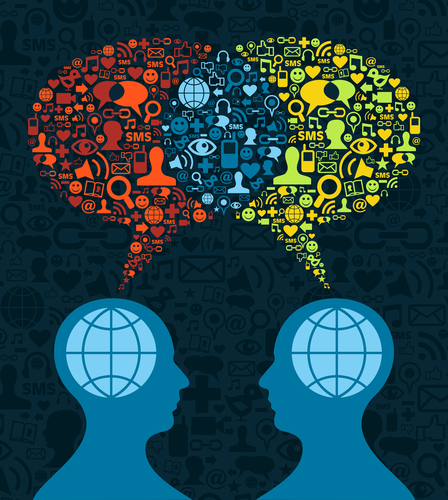 “I love what you have so perfectly expressed! Our biggest challenges are living among members of a society made up of people who are afraid of differences that they don’t understand, making us another marginalized culture. It’s time to educate!”

“If Aspergers was ‘cured’ I would be deprived of some of the most wonderful, creative and passionate patients and friends that I am blessed to be connected with. My life would be duller, less fulfilled and less inspired by the courage and resilience individuals on the autism spectrum have shown me.

Want to be wowed?

Want to be inspired?

Want to love what you do?

“I like your blog and agree with all you say – but how long has it taken you to arrive at your positive feelings about having Asperger’s? I’ve worked with many kids who suffer badly at school, particularly as they become adolescents, and find it really hard to cope with some of the social challenges of trying to be one of a group and relate to their peers. I will try to use what you say to encourage them but I don’t think we should minimize the problems either. The neuro-typical world can be an uncomfortable place.”

Arriving at my positive feelings about Asperger’s has been a very gradual process. I always knew I was different and had trouble fitting in, much like the kids you work with, most likely. I tried to be more and more like my classmates, but all it did sometimes was set me apart even further, because I would try to be something I wasn’t. I realized that sometimes people fit in for reasons that may be beyond the Aspie’s control.

For instance, someone may fit in because they’re a better athlete, have more money, or may just be considered better looking. When I was in my early 20’s I kept reliving my high school days and trying to figure out why I wasn’t more popular–I called it “The popularity puzzle.” I finally came to the conclusion that I may have not always succeeded by others’ standards, but I had talents, abilities and successes in my own right.

And no, you shouldn’t minimize the problems they face, because they are there, and they are real. And yes, the neuro-typical world can be VERY uncomfortable, especially when you try to succeed by “neurotupical” standards. Now, my classmates knew I was different, but they also knew I had talents and abilities they did not, such as doing math in my head. I’d advise the kids you work with to find out their special talent and try to appreciate themselves as they are, and not judge themselves by others’ standards.

Einstein once said, “Everybody’s a genius, but if you judge a fish by its ability to climb a tree, it will spend its whole life thinking it’s stupid.” Aspies are like fish in a world of birds–they’ll never be able to climb a tree, but they can swim and glide through water like nobody’s business. My mother used the “fish and birds” analogy when I was younger, but it took me a long time to be able to appreciate it. Hopefully this has helped you somewhat. If there other questions please let me know.