I don’t know if telling this story will date me, but I guess it doesn’t matter that I grew up in the sixties. I remember as a child, that song and story about Puff the Magic Dragon. The special friendship he and Christopher Robbins had together, but then the boy grows up and Puff hangs his head and cries. (Or was that Tom Dooley and Winnie the Pooh? LOL) Anyway, my kids have been best of friends since the beginning of time and long before that. My daughter, Carmen, and son, Jesse, have a sort of love for each other that I pray every day never ends. They even have a secret language and I often hear them babbling away together and cracking each other up with their private jokes. My son looks at his sister and her funny little ways and I can see it in his eyes that she brightens his day, and he her’s. 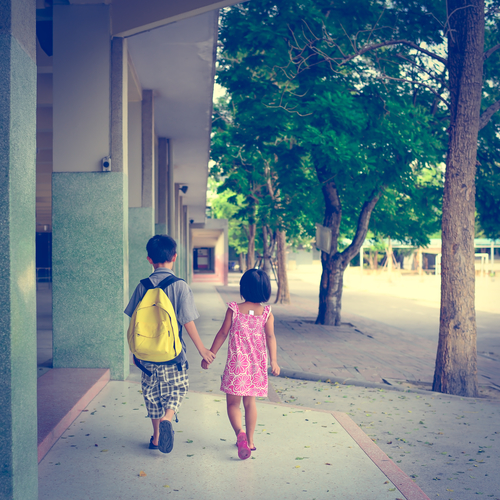 In just the last couple of years, this has been a growing concern for me. They are getting to an age where most siblings just can’t tolerate the sight of each other. Luckily this hasn’t been the case in my home, but I see something else occurring. My daughter has been developing in a more sophisticated way than my son. Her speech has greatly improved, her social skills are growing in leaps and bounds, and she is succeeding in general ed classes.

I am sad to say that in some ways, she is leaving her brother behind.

My daughter’s teacher called me the other day and we had talked about taking her off the gluten free diet so that we could open up new opportunities for her to socialize amongst her peers. She enjoys being with other little girls of course and this diet has created a barrier. The diet is mostly for her brother and it is just more convenient if we are all eating the same way than to have different menus. 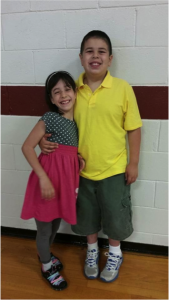 I agreed that she needed this opportunity to flourish. At the same time, I am feeling kind of sad for my son. She really is his only friend and he has no interest in making new friends. I worry about if he is feeling left behind. It’s not easy to tell with him because he can’t express himself the way she can.

So, how does a mother make a decision that helps one child but might hinder the other?

I would like to think that I am doing what’s right for both kids. I would not want to have to choose the wellbeing of one over the other in any way shape or form, but sometimes you have to look at the bigger picture.

My husband and I often wondered if our daughter’s delays were, in part, due to the lack of interaction with NT kids of her age. She grew up right alongside her brother with no other children around.

It gets rather isolating being the sibling of a child who can’t cope with social situations.

Sometimes we feel guilty because we haven’t made a bigger effort to provide social opportunities for our daughter, but our thinking is that it is very difficult to take one child out without the other, so we opted to stay home for the sake of Jesse. Now the time has come that we need to think of what is best for Carmen.

I think that as parents, we need to give ourselves more credit. We do what we can, when we can, and we have to let Carmen move on from her brother. Maybe this will encourage Jesse to grow and seek friendships outside of his sister. I can only hope they can maintain that childhood magic they have now, over time. Or at least get it back when they grow older.

One thought on “Sibling Friendship and Aspergers: When Childhood Friends Outgrow Each Other”