I recently came across a news report on how more parents are turning to the use of Melatonin as a sleep aid for their children. I found this quite interesting because being an ASD mom who is heavily involved with an online ASD parent community, we have had many conversations about Melatonin. Some of us really depend on Melatonin due to the fact that one of the characteristics of Autism involves inability to sleep or self regulate.

So before writing this article today, I posted to the community and waited for their responses.

Hi Everyone! I am writing on the topic of Melatonin for kids on the spectrum. Please view this video and post comments on you and your child’s experience with the use of Melatonin or on your decision not to use Melatonin. 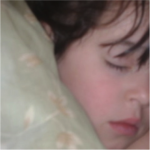 One thing I must mention is that ASD Mom’s are the best! Autism is such a puzzle and what works for one child doesn’t necessarily work for all children on the spectrum, so incidentally, ASD Mom’s experiment and find ways to make life easier for their children. Every ASD parent’s experience with Melatonin is different than the next parent’s experience. These are some of the experiences that were shared from my online community:

This next part of the conversation is in response to the last post above and clearly depicts how ASD Moms really experiment and problem solve for their children’s needs. One mom asks another about essential oils and a sensory diet for the child’s sleep routine. Here is how she explains their routine.

— I use a doTerra blend called Serenity and diffuse it in his room starting about a half hour before bedtime and then he applies another blend of Citrus Bliss, Balance and fractionated coconut oil on the bottoms of his feet right when he lays down. I think it is important to note that the oils are part of a sensory sleep diet we have created for him. The rest of it includes Intuniv 2mg at 7 pm, a sound machine, a dim light, a favorite blanket and a ceiling fan. And this was a 3 year process. But he has gone from only sleeping about 4 hours (on a good night) to him sleeping a solid 7 consistently. And we tried MANY combinations of things before we hit on some that worked. He is very high anxiety driven and once we got that somewhat under control with daytime oils and meds, that helped too.

It is truly amazing how intuitive mother’s become when it comes to problem solving for their kids. She goes on to explain how having a conversation about what the child’s needs are and trying various things to combat anxiety. How using a sensory diet can make all the difference for things to change pretty quickly.

I personally have had mixed experiences with Melatonin. One mother stated, it [Melatonin] is only helpful if the person is deficient or unable to create the chemicals in their body to fall asleep naturally. I know it helps my daughter fall asleep, but it doesn’t keep her asleep. My son, on the other hand, if given too much, has been known to have night terrors with it. So if I give him any at all, it is way less than it would take to put him out. It does relax him enough to wind down. We used it rather frequently a couple years ago, because I was working and the kids would be out of control all night, taking turns at wakefulness. It was hard for me to go to work in the morning without any sleep. My husband could sleep through it all and it terrified me that one or both of them would walk out the door if I wasn’t awake to stop them (they both have elopement tendencies).

When I became the Stay-At-Home-Mom, I stopped giving it to them (going on two years now). They still have an occasional sleepless night. Once or twice a week and their elopements are on rare occasions as well, so I am less stressful about letting myself fall asleep. After reading all that these good parents have said about their experiences, I think I will refrain from using it, unless it is absolutely necessary and even look into some of the oils also mentioned here.

If you have considered using Melatonin for your child’s sleeplessness, I have one word of advice: Play with the dosage. I buy a 5mg fast dissolve tablet that I cut in half. 2.5 mg for my daughter knocks her out and doesn’t do anything but mellow my son. I started her with a quarter of that and that worked for a short time. She would sleep for a couple hours and wake completely rested but it would be 10pm at night and I really needed her to sleep all night. I no longer give either of them the Melatonin because they have developed the ability to self regulate and go to sleep on their own. I do not know if there are any long term effects with Melatonin but like some of these parents have demonstrated, it’s best to experiment and to work on an exit plan. I would not want my kids to depend on a pill indefinitely to go to sleep.

2 thoughts on “Melatonin Use For Children on the Spectrum: A Conversation with ASD Parents”