Forward: Many years after childbirth the memory of the pain subsides and the first embrace of your child remains strong. You don’t forget the pain…but the thrill of your child’s arrival occupies the majority of your feelings.

The same has occurred with the maturing of my autistic son Sam. I found this brief blog (below) that I had written when he was still in early grade school. The feelings were still fresh and I thought I would re-post as many will relate to the raw feelings that have seemed to fade and the years roll on.

A doctor once told me, “With aspergers and high functioning autism, it gets easier for them, socially, as they age.” I have found this to be true! 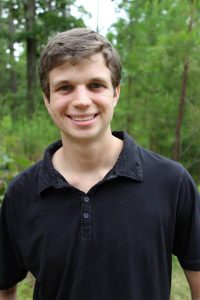 The story of Sam cannot be told with just a list of positive aspects. It is their lifetime of physical and mental struggle that you work to overcome for your child. Such is the daily journey of my son…one that my husband, youngest son and I take with him daily as he lives with a form of autism titled Aspergers.

As a parent words are insufficient to express the pain you go through witnessing years of bullying and rejection that my son faces; the constant looks of disapproval and comments on what most certainly must stem from a lack of compassionate parenting is ignorance on their part. I’m not talking about rude comments in strange places, but where people should be compassionate…even at church!

The beauty of this story is the heroics that come from Sam. You see, you have to hear the ugly to appreciate the beauty in my Sam. He doesn’t care whether he has ever been invited to a classmate’s party or not, nor does he seem to mind the irritating looks he is often the recipient of.

Autism naturally numbs him of ridicule, but also it is Sam who has learned that his talents are unique. Sam knows he is truly God’s special child and that his gifts and blessings overflow. I know this because I hear it in his prayers at night.

Through the wonderful school district Sam is afforded many privileges that help him cope throughout the day; noise control methods (i.e. headsets on the bus), and his successes are many. He rhythmatically goes through his tightly scheduled day independently. With his multi-task watch he gets through each school day with high grades.

However, daily struggles still await him, such as his paranoia of a wasp sting that most surely can come from an empty hallway or crowed cafeteria. He eats in a separate room every day alone. But Sam doesn’t hurt for this, it is us as parents that hurt for those with this diagnosis. Children with autism are given a special gift from God that protects them and allows them to truly find solace and peace alone.

If there is a lesson for parents or educators it is this: enjoy your child for his/her unique gifts and abilities, stand by them as others most certainly won’t, and utilized the opportunities that are afforded children with autism through the public school system.

You may go through a battery of tests but the rewards are overflowing, and the programs you can enroll them in are limitless. We even have had in-home training paid for by the NEISD for 10 one-week sessions. This remarkable person who came to our home from the district is experienced with Autism, as her own child has been diagnosed.

These services are for the whole family, you’ll find out you are not as alone as you thought, and your feelings of despair are completely affirmed and shared by parents with the same struggles. I thank God daily for my children, and the unique perspective that they give. Life through Sam is grand!