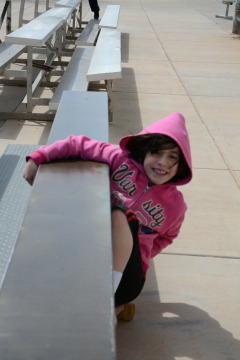 My Autism experience began at the birth of my daughter. I was on my way to an OB/GYN appointment, an almost one hundred mile jaunt to the nearest city, when my water broke. They admitted me immediately and we had to be “Flight For Life’d” out to Denver where they had the facilities to care for a child so premature and tiny.

She was born at 26 weeks gestation and was the size of a Coke can, one pound and five ounces. While in Denver, I stayed at a place called St. Christopher’s. It was a home where parents of sick children could stay while their children were in the NICU. We live there for five months before the hospital allowed us to go home.

In the meantime I was noticing some things about my fifteen month old child, Jesse. His speech was becoming almost nonexistent, he couldn’t feed himself any longer and he started exhibiting signs of becoming over-stimulated and acting out like I’d never seen.

Because I was so stressed out over the condition of his sister, I chose to not acknowledge what was going on with him, and used the excuse that he is reacting to the stressful situation our family was facing. We were away from home and his daddy, who had to remain 500 miles away for work purposes.

Five months later we were discharged and she was pink and perfect. Tiny, but perfect. The hospital arranged for us to connect with an organization that would offer at home care and support. They would monitor her health and development and make sure I was managing okay. I felt it unnecessary but it was a comfort to know that if anything developed, they would be right there to catch it. I really enjoyed the visits and the company. If any of you are new parents and have this kind of opportunity, I would suggest going for it. One of the things that new parents suffer from is isolation.

After a few visits, I noticed something. The Child Specialist stopped looking so much at my little girl and noticing my son. They were very gentle with this. They mentioned it a couple times and I was NOT open for this discussion. Finally after we had forged a bond of friendship and trust, they brought it again to my attention that there were some concerns about Jesse’s development.

My boy, who had previously been such a sweet, bright and interactive baby was no longer interacting how he should be, and his speech was now non-existent. This was a devastating realization and “THEY” wanted to perform some test that I did not or could not even imagine would result in a diagnosis of Autism.

It took me a while to come to terms with the diagnosis but I think that because of the bond that was made with the Early Intervention professionals, it was easier than it could have been. Because of this, I now always try to explain to my students or staff the importance of this pivotal moment in a parent’s life, and how their actions are vital to that moment. I want to make that moment a little bit easier for parents and to give them hope in that time when they think of it as an end of all dreams. It’s not an end of a dream, it’s a beginning to a new dream. I hope you will continue reading and see how the impossible can really be possible. 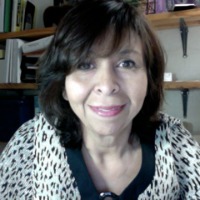 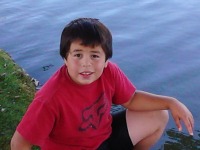