Last January after a fresh snowstorm, my 9-year-old son asked me to help him build a snowman. I told him that I would be out to help shortly.

A couple of minutes later he came running back yelling, “Dad, it’s melting!”

That got my attention. It was sub-30 outside, so how could a snowman be melting? 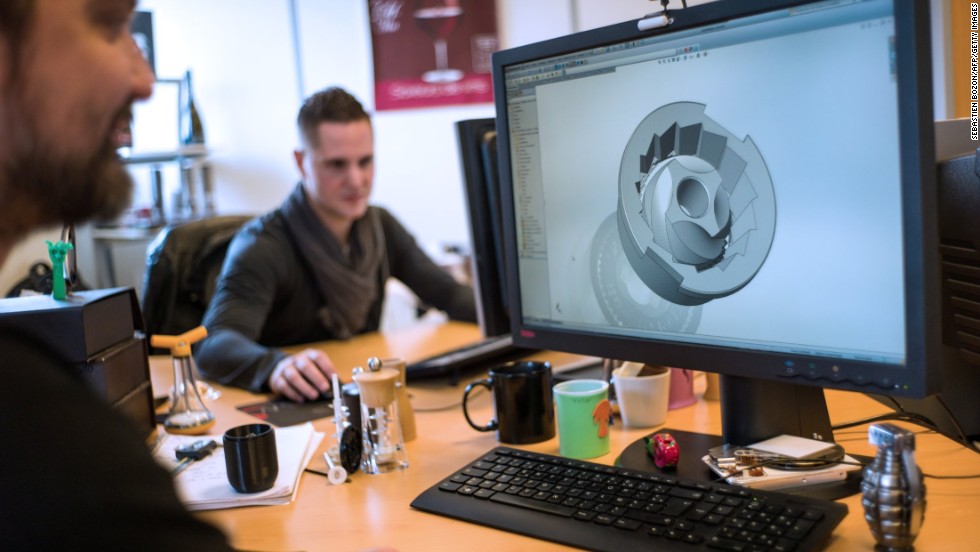 (Photo and Article originally from CNN)

I followed him as he ran down the hall to his bedroom. In the middle of his room was a 4-foot tall snowman, melting away.

While I removed the snowman and cleaned the remaining slush and mud, I asked him why he did it. He said, in a very matter-of-fact-tone, “It’s cold outside.”

My son has Asperger’s syndrome. For him, building a snowman in his bedroom because it was cold outside was a logical solution to a problem.

Because of my son, “Aspies” hold a special place in my heart. So whenever I hear someone in my industry talk about hiring an Aspie, I cringe just a little. Because in technology, saying you’ve hired an Aspie is like code to say that you’ve hired a machine.

It’s true that there are a lot of benefits in hiring someone with Asperger’s. Research from Harvard Business School shows the strengths of people with Asperger’s and high-functioning autism make them especially well-suited for software development and testing. They have the ability to focus for extended periods. They have very good memories and are often highly intelligent. Their strong analytical skills make them talented at technology work.

But there is a lot more to Aspies than their focus, intelligence and determination. Aspies are human. Like anyone else, they have their highs and lows, and their good and bad days.

As a manager, you should understand how to handle the unique opportunities and challenges that come with hiring an Aspie. Here are six things you should know:

Asperger’s syndrome is a high-functioning variant of autism. People with Asperger’s are often exceptionally intelligent and verbally gifted, but they also can be socially awkward. They can react to stress differently and at times more emotionally than others not on the autism spectrum.

Many people with Asperger’s are challenged by large crowds, looking people in the eye and reading common social cues. When talking with an Aspie, don’t get offended if they look around or focus on an object in the room instead of looking directly at you. This is a coping skill that most Aspies develop over time. Listen to their words instead of focusing on their body language.

2. Aspies are intelligent — and independent

Aspies will question authority. They will never accept “no” for an answer without being told the reason for it. They almost never accept a fact simply because of who it comes from. They will only accept it as fact if the logic proves out.

For this reason, many inexperienced managers shy away from working with an Aspie. Don’t. You just need to be prepared to justify your decisions when they’ll have a direct impact on your Aspie employee.

Aspies frequently talk at length about small details instead of being brief and to the point. The reason is simple: It’s how they see the world. They hold complex mental models that include all those small interlocking details. To them, overlooking the details is ignoring part of the solution.

Be patient with them. It’s an Aspie’s way of getting it.

I have seen Aspies start reprogramming software in their head well before they get back to their desks and write the first line of code. Aspie testers will instantly see what is wrong with the software because it no longer fits their model.

All this “rewiring” has wonderfully positive results.

It’s easy to think that Aspies are less empathetic because of how they can act. They’re not. When people are unsure how to respond to a stressful or unfamiliar situation, we can act in strange ways. This goes for Aspies, too.

One the most challenging things for any autistic individual to deal with is the cacophony of emotions that can be triggered by seemingly mundane events. For example, the cancellation of a project may be a relief to most of your team, while an Aspie may see it as people not appreciating their hard work or allowing them to finish the job.

Be patient. Pull them aside beforehand to explain the situation and ask them for their feedback and insight. It will give them a chance to process the idea.

In the most simple of terms: Aspies are blunt to a fault.

Aspies are known for being direct, speaking their mind and being honest and determined. Just be aware that an Aspie is interested primarily in significant contributions to conversation, preferring to avoid “small talk,” trivial statements and superficial conversation.

Aspies are not trying to be rude.

There is good reason that Asperger’s is called the successful disorder. Their focus and dedication leads many Aspies to great heights. I doubt you could find an entrepreneur who doesn’t have a few Aspie behaviors.

Asperger’s comes with challenges along with the great opportunities. Don’t shy away from Aspies because they have different mannerisms or behaviors. Be aware of them and understand how to respond to them. If you do, you will see Aspies as the invaluable people they are and afford them the respect they deserve.

By Dave Wellman, Special to CNN

One thought on “I hired someone with Asperger’s – now what?”