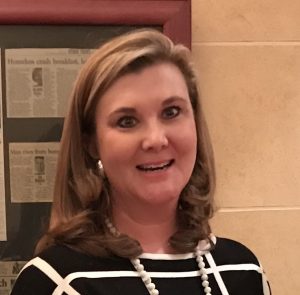 In addition to being a wife and the mother of three sons (and 2 dogs), Dr. Amy Mulholland has 20 years experience as an educator. Her middle son is on the spectrum and in an effort to figure out his life and learning experiences she sought to understand the emotional, social and educational needs of children that learn differently.

Amy received her Doctorate of Education in Curriculum and Instruction (Social Education) from the University of Houston in 2009. Most recently, Amy works and volunteers for several local nonprofits that advocate for vulnerable children. We are ecstatic to announce Dr. Mulholland as a new contributor to Aspergers101! Below is Dr. Mulholland’s reflections on raising her son after receiving the happy news that he had been given his first full-time job offer.

Reflections on Raising a Son on the Spectrum

We had great news last week. Daniel, our 23-year son who is on the spectrum, received a job offer. We were so proud when he graduated from Trinity University in May of last year, and anxious during his many month of interviewing, and thrilled in January when he started a paid internship with a large local business.

And then, last week, he was offered a permanent position and we are ecstatic and relieved. I feel like I need to say that again – my son, who is on the spectrum, graduated college and now has a full time job in his chosen field earning a living wage. “Mom,” he said, “I want to move into an apartment this summer.”

Helen Keller said; “Optimism is the faith that leads to achievement. Nothing can be done without hope and confidence.”

In the last 20+ years of raising a son on the spectrum, my husband and I raised Daniel with optimism. He will succeed and he will make his mark on the world. We had faith that with our support and that of countless other professionals, mentors, friends and family, there would be no limit to what Daniel could accomplish.

This hope and confidence, that all things are possible, lead us to this moment, where I can sit back and breathe a sigh of relief and (like parents of recent college graduates everywhere) realize that my role as Daniel’s mother is changing.

Daniel is a Black Belt in Tae Kwon Do and an Eagle Scout. However, he was also put on a “hit list” in middle school. A high school teacher told me she did not really know how to help “kids like him.” I had to threaten to sue the school district when they refused to allow Daniel in an elective course. When the neighbor’s son was intentionally harassing Daniel she told me that she did not really believe in Autism. Who says that?!

But wow! After all that and more, my son has a college degree and job! Hope got us here.