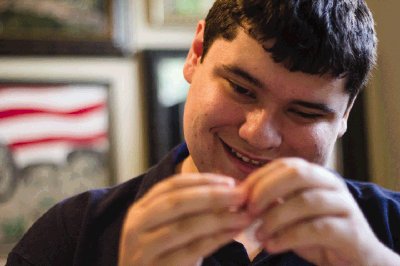 So after getting the diagnosis of Aspergers Syndrome, Julie began learning all she could about how her son ticked. What were his motivators, what were his stressors and where were his unique gifts.

Remember the tearing of the paper that almost got him kicked out of the classroom? Julie started seeing a pattern to Grants attempts at art and soon those pieces of torn paper became a collage of unique yet outstanding artwork! You see Grant is a visual thinker and by seeing things in pictures he was an undiscovered artist and whenever he see’s an appealing object in a magazine, on TV or in person he is inspired to re-create that object by way of a collage or “COOLAGES” as he now proudly refers to them. 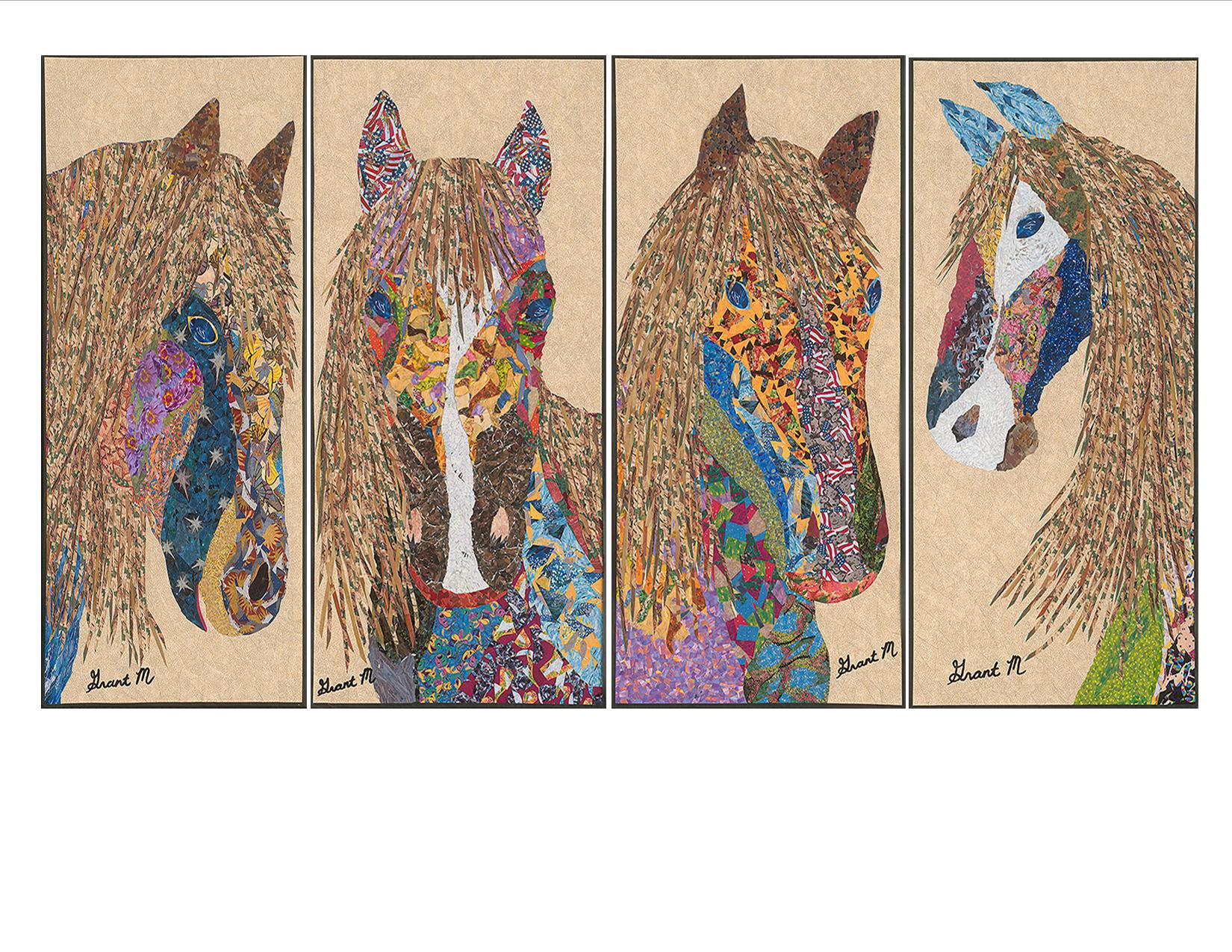 By by way recycled paper (think magazines, calendars wallpaper, posters and puzzle pieces) Grant will carefully lay 1000’s of   cut or torn recycled pieces of material per piece of art! His Mother ever at his side says she is preparing him for a life of independence through his artwork. No doubt! Grant, who is almost 20 years old, now speaks at Autism Conferences and Art Showings.  His Eco-friendly artwork is gaining national media attention while he has been honored with awards for his Eco-impressionism and outstanding contribution to the autism and special needs community. When I first met Grant and Julie face-to-face it was at an Autism Conference in Houston Texas where he and none other than Dr. Temple Grandin were co-presenting.

Dr. Grandin not only endorses Grant’s work she sat down with him to learn his methods! Julie Coy supplied us first hand with this inspiring session of these two sharing art and minds. Here is a video clip from that brainstorming session.

Grant’s view on having Autism? Prepare to be inspired!

To learn more about Grant, his artwork or to schedule an appearance to to: Grant’s Eco-Art

One thought on “His Challenge Became his Triumph! An Encouraging Story of Autism.”