Yesterday was the kind of day that had brought so much emotion. Maybe it had more to do with the series of events leading up to it, but either way, that is where I had arrived. It was time for our night time routine and my son had earned a sleepover with me since he had enough stickers. Now, don’t judge: I am desperately trying out new things to encourage positive behaviors. This is our new method. Negative reinforcement just gets lost, there have been way too many treats given out, and this is what I have left. Anyway, after spending over an hour trying to convince him to clean up all the money from Monopoly that covered my kitchen floor, it was  most definitely time for bed. 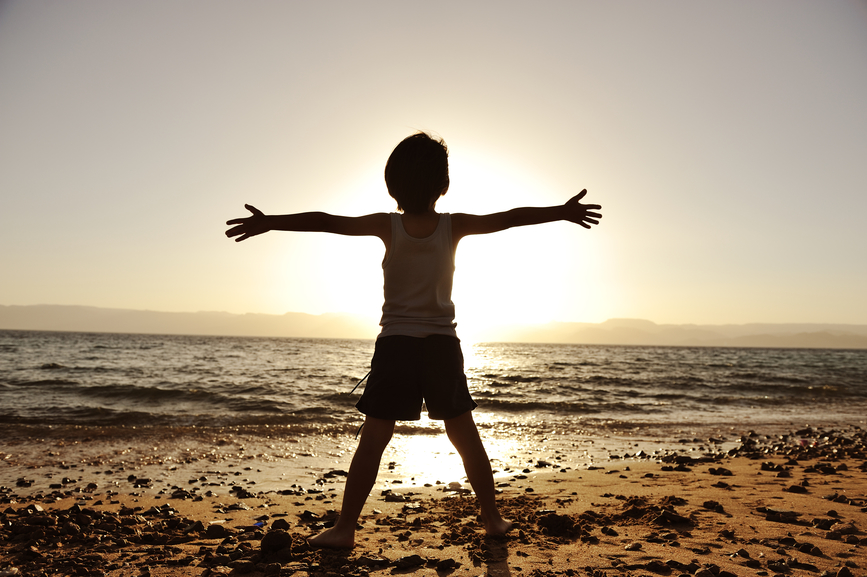 Every night I do our usual prayer and sayings, but last night was so different. I try to mix them up for a reason, but trust me, this does not ever go unnoticed when I do so. After we went through the whole routine I decided to just lay with him until he fell asleep.

It’s not that I don’t or haven’t had concern that my son has been diagnosed with ASD, it’s that some days it just hits all over again.

As we lay there we talked about the sounds of the house and why he couldn’t sleep. He mentioned sounds I had never even noticed. Over time as he has been communicating more, everything becomes so much more clear to me. I watched him as he went through all his stims. First he made shapes with his fingers, put his fingers over his eyes, and made specific movements with his mouth. He did it all on repeat yet looked over and smiled at me in between. He even said “I love you in Polish.”

I was trying to teach him how to say “I love you” in Polish earlier in the day, but he took it quite literally, and now that is exactly what he says, “I love you in Polish.” My heart melted and in that moment I felt tears streaming down my face slowly. I stayed there watching him try to sleep, and thought about all he goes through each day, let alone all the battles he encounters just to fall asleep. At one point he looked back over at me, and as it became clear that he had no reaction to my tears, I cried even harder.

There are days I worry for him, and for those he will encounter along the way. I know that he is simply an amazingly beautiful and brilliant chid. I worry how the world will affect him.

Then I think about the things he tells me. He tells me that he is teaching his therapists how to play with toys. He probably does see it that way, and wonders what is wrong with the rest of us. Why are we doing such strange things? Why do we not notice what he does?  Why don’t we see what he does?  It makes me laugh when I think about it. While I spend my days trying to teach him about the world, he has taught me far more in just three years than I could ever teach him.  I am so grateful to get the opportunity to raise such an incredible child. If I had half his strength, point of view, or listening skills I would be a far better person than I am today. Moments like last night are when it all clicks again. He is my teacher. While I may be helping him in some ways, what he has taught me is far more than I could ever teach him.

Jessica joins aspergers101 team of writers as a single mother of two extraordinary children who believes that all children deserve the love and acceptance that they give out. Follow Jessica in the Family section of aspergers101 and share in her personal stories as she will cry and laugh her way through life. Jessica blogs regularly on her site, My Extraordinary Child, a place where parenting is discussed, tears and sarcasm come to meet, and differences are celebrated. “Unless the world stops limiting opportunities for people of all abilities, I never will. Join me on a journey of tears, laughter, and courage”. -Jessica Nieminski

One thought on “He is My Teacher”