I’m emailing with Kris Jones, an eloquent writer on Linkedin about his Asperger’s Syndrome. We’re talking about the stressors he experiences that can create extremely self-limiting anxiety. We’re going to use several blogs to talk about different stressors. Kris’s first stressor was his lack of self–fulfillment. One of the causes of this lack of self-fulfillment was Kris’ social anxiety.

Tony Attwood, expert on Asperger’s Syndrome, suggests that around 65% of adolescents with Asperger Syndrome have a secondary mood or affective disorder (such as depression or anxiety); most have anxiety. 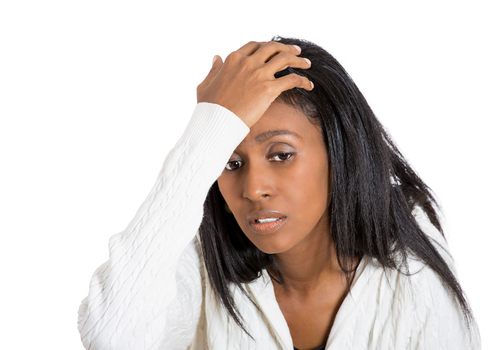 Kris describes his thoughts and feelings which I’m calling social anxiety like so: “No one likes you. No one wants to know you. You are not interesting. Stay where you feel most comfortable – inside your house and away from others. You are not fit to be out there amongst the human race.” He says that this is representative of how he feels and it is what keeps him from going out and mingling with others his age. Even though he knows these thoughts about himself aren’t true, he can’t get past the anxiety.

Let’s break this down into parts. What causes this social anxiety?

First, there’s anticipatory anxiety that he won’t know what to do. It’s the result of having been in problematic situations in the past, but it can become a problem of its own, since it happens before anything real does.

Second, Kris feels that he lacks the social skills he needs. Other people pick up on social skills naturally; those with Asperger’s’ Syndrome and NLD don’t and find social skills a mystery. Kris recognizes that he misses nonverbal cues and “has a hard time reading people.” He also has trouble with verbal cues, because without reading nonverbal cues, making sense of what’s said can be very difficult. What’s sarcasm: teasing, a joke or bullying? Hard to tell. Kris has no confidence in his ability to learn these skills and get them right.

Third, Kris is making a lot of assumptions: people don’t want to know him, don’t like him. These are what we call “mind reading.” We don’t really know what other people think, and what they react to. Maybe people react to social missteps; maybe they react to the clear signals of anxiety that he’s sending. Maybe they’re not reacting negatively to him at all and he’s misreading them. (People have their own problems.) Maybe they would  like him if they knew him. Kris is a fascinating guy who’s interested in travel and has a wealth of experience from around the world.

Collectively, these feelings are overwhelming and leave many with AS like Kris feeling hopeless, avoiding social contact, trapped in self-imposed isolation when they actually long for contact. I do think a therapist can help. I’ve worked with people with Asperger’s who did well. They didn’t become entirely comfortable in the social world of neurotypicals, but they gained enough skills and strategies to manage successfully.

Anticipatory anxiety makes it impossible to think clearly. I teach clients meditation, which is an evidence based method to reduce stress and increase resilience by creating structural change in the brain. Meditation teaches mindfulness, being able to be in the moment, not dwelling in the past or jumping to the future.

A mini-meditation, meditating for a minute or two, can be sufficient to self-calm. There are many apps for guided meditations, including headspace, calm, and insight timer; many more are out there. Meditation simply involves breathing, having any focus (one’s breath, sounds, a word or phrase, a visualization, body relaxation, walking, music, yoga for a few examples) and letting go of thoughts when you realize you’ve become distracted from your focus.

Once anyone is calmer, it’s possible to be present and think a sentence such as “I can handle it.” or “It will be OK.”  These ideas are actually true – you can be in a situation, and simply observe, taking a “breathing” break if needed. Sometimes you can “desensitize” yourself to a situation. First do a self-calming break, then go in for a very short amount of time, a few minutes, breathing to let go of anxiety, then leave. As you’re able to tolerate the situation, increase the amount of time. Have strategies pre-planned for handling what comes up.

Social anxiety often results from not knowing what to do, which involves social understanding and skills. For those who want to learn something about “neurotypical” social skills, there are guidelines. I’ve written a blog one aspect of this kind of work, http://blogs.psychcentral.com/aspergers-nld/2016/04/aspergers-nld-social-rules-and-choices/.

I think of these skills as “building blocks” which are teachable:

As an example, Kris is afraid of misreading feedback and not knowing what to do. I’d need to know the strategies he’s using now, because he’s pretty successful. It’s part of big picture thinking and resiliency. There are questions he can ask himself, such as: Who’s involved? Is this about me? What are other people doing? What’s my role?

If he’s concerned about having offended someone, there’s ways to ask that aren’t awkward and it’s OK to ask, such as a simple, “Was that OK? I didn’t mean to be insensitive/hurtful but I’m not sure how it came across.” He’s concerned about going on for too long; I suggest limiting sharing to one idea at a time. It’s all people can process anyway.

Mind-reading can lead to a sense of failure even when failure doesn’t actually happen. It’s important to find ways of collecting evidence to check out the assumption. For example, if people have invited you over, or spend time talking with you, isn’t that evidence that they don’t hate you? Putting yourself in a social situation, listening and not withdrawing will probably give you a chance to collect this evidence.

I think it’s likely Kris can feel more confident in his relationships and of the positive feelings of others. He could use meditation or mindfulness techniques to become calmer. From there, he can think of two things: a thought such as, “I can handle this,” and a social skill he’s learned. He could then check his mind-reading by looking at the evidence. In fact, people are inviting him out – they don’t hate him. As he says, so much of this anxiety and these thoughts are self-generated; if he gives himself a chance, he can have more positive social experiences. And importantly, he needs to let himself feel good about the social times that have gone well. We actually create brain pathways for feeling good!

Kris responded to this blog: “Too much emphasis is being placed on what causes of ASD are, and the symptoms that are much more important things (like what you wrote) are often being ignored.” He asked about the kind of therapy I suggesting, saying that “complaining sessions” don’t help that much. I wholeheartedly agree.

It’s critical to find a therapist who combines cognitive work with meditation and one experienced in working with those with AS.

One thought on “Handling Social Anxiety for Self-Fulfillment”