I get asked this question a lot at speaking engagements. Being an adult with Aspergers Syndrome, I feel that there will come a point when a parent will decide on whether they should tell their child if they have Aspergers or not. Some parents may want to hesitate on telling their child that they have Aspergers because they feel it might have negative repercussions on their child’s feelings. 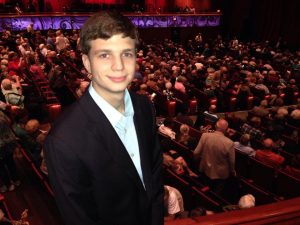 Other parents will want to tell their child because they feel that Aspergers shouldn’t be kept a secret, and their child has the right to know about their gift.

In my opinion, I feel a parent should tell their child that they have Aspergers. My parents told me that I have Aspergers, and I wasn’t bothered one bit!

In fact, I encourage every parent who reads this to tell their child about Aspergers Syndrome, and what it is. More than likely they already know they’re ‘different,’ and knowing their diagnosis will mean they can better understand themselves.

My experience throughout the school-age years is that Aspergers is a big benefit, since I find socialization to be a hindrance to my school work – which should be the primary goal during that time. I would tell parents to think of Aspergers as a positive thing, and a gift that the whole family should cherish the remainder of their lives.

One thought on “Should I tell my newly diagnosed child they have Aspergers Syndrome?”