Sure, it is compelling to think that video games have no real-life value, especially for aspies, who desire long solitude. They enable an aspie to escape from the world around them and enter virtual realities that do not test their development in various ways. Thus, video games do not embrace significant personal or professional growth. However, aspies and their families can leverage some not-so-obvious benefits from limited video game time, rather than playing them for either countless hours or no hours whatsoever. Here are some of the greatest subtle benefits: 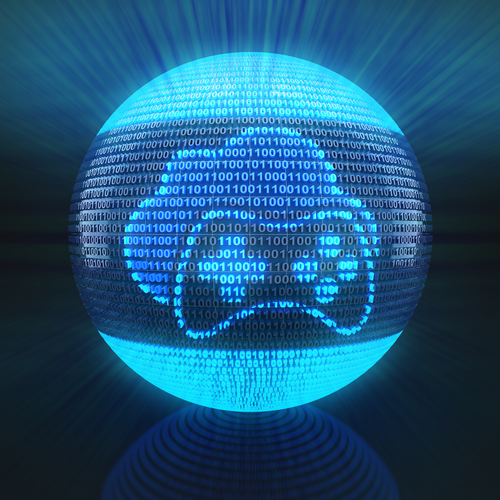 From the general plot to the narrative arc, to the specific rhetorical techniques that game developers use in each game, the aspie can learn to connect the dots in a grand scheme. As they play the game one action leads to another. This kind of learning is best mainly because the aspie brain best processes one thing at a time in a chronological, fact-oriented sequence.

One may find that an aspie who is addicted to their video games completes the game 100% within a matter of days, or shorter. Not only that, they remember every detail about the game. However, this remarkable knowledge did not come without making a few mistakes and starting over.

Amateur players do not progress through every level or location in each game smoothly the first or even the first several times around. They learn by understanding their choke points; the points where they inevitably go wrong, as well as anything they missed. This trial-and-error mindset attributes to all kinds of “real world” situations and serves as a more appropriate substitute to fear of moving forward or pursuing a professional endeavor.

Difficult situations require difficult actions, even in the virtual world. In the case of younger aspies, video games can serve as a means to develop emotional intelligence. It can make a child go from a complainer to a decisive, empowered strategist.

Frankly, however, this scenario is unlikely to take place without a little reflection on the part of the aspie and their family. More specifically, parents could (and should) take the opportunity to not only set reasonable limits with the aspie, but to also inquire about what exactly the aspie takes from game playing. Afterwards, the parent can then persuade the aspie to attribute this constructive process to various situations, such as the aspie’s typical situations at school. This thought-provoking technique fosters mature growth and the taking of adult-level responsibility.

In addition to the chronology of the story (beginning, middle, end), aspies also feel better able and more compelled to dig deeper into all sorts of stories. As the aspie digs down during each stage of the video game they can use the explicit details and dialogue to drill through the thick layers of the plot. Furthermore, the aspie can approach the baseline plot from several different angles.

In a video game called “Metroid Prime 2: Echoes”, the player controls the protagonist, Samus Aran. Towards the beginning of the game, her original mission in the game’s setting (the planet Aether) was to respond to a distress call from Galactic Federation soldiers who fell during an attack on the surface after pursuing their adversaries, the Space Pirates. After the attack and Samus’ landing on Aether, she collects lore from downed soldiers to uncover the Federation story. After a while, Samus encounters the leader of another species, the Luminoth, named U-mos. U-mos then tells the story of the tragedy of Aether and his species due to an interdimensional planetary takeover by a sinister species named the Ing.

In short, there are multiple sides to each story and multiple stories that comprise the game’s big picture. This big-picture thinking could be connected to the meaning of a situation where the aspie is the victim of bullying in school. More specifically, the aspie can look past the negative, emotional hype of such bullying and learn key lessons such as: “It is not bullying that affects you. It is your interpretation of bullying that affects you.”

Thus, the aspie can look at each side in the video game story to form their own opinions and perspectives on the big picture of each game. This in turn encourages aspies to draw connections to each part of their own life that significantly impacts them. The aspie can look at that big picture and its underlying meaning to overcome any personal challenges that they have.

In addition to looking at the big picture, aspies can also use stories to formulate their own stories, whatever they may be. For example, a 9-year-old boy who has enough spelling and vocabulary knowledge that he acquired through a blend of game playing, interpersonal interactions, and schoolwork could write more than a basic short story about his favorite animal: turtles. He establishes a captivating beginning, an eventful middle, and an awe-inspiring conclusion. All three parts offer implicit life lessons to pique the reader’s interest.

If he did not play games or use the other factors, he would not see the big picture to make a good story. In other words, he would only put down facts about the turtle; one for each page, rather than connect the facts using imagery, transition words, and other writing elements that make the short story understandable and entertaining to young readers.

Before people think about taking away video games from aspie altogether, they should examine the many implications that permit the aspie to perform tasks that they would stereotypically never do. The good news is that during this day and age, schools consider the purposeful and practical use of virtual platforms, even within classrooms. Educators (parents, teachers, etc.) can take it upon themselves to utilize technology to get the aspie to acquire transferable skills that the aspie can implement in their own lifestyle.

All it takes is a different viewpoint and a series of developmental missions to accomplish one by one as the aspie plays the game of life. Success in these missions eventually works towards achieving the ultimate vision of success for the aspie.