Some of the greatest struggles I had before I went to treatment at 11 are sensory integration problems. My sensitivities to food, certain fabrics in clothes, and the feel of water on my skin created a huge struggle to be a fully functional human being. Growing up, I would throw tantrums whenever I would shower (gross right?), and I think at one point I went 3 months without a shower because whenever I did, it heightened my sensitivity to stimuli, and all inferno would break loose. I would scream for hours. 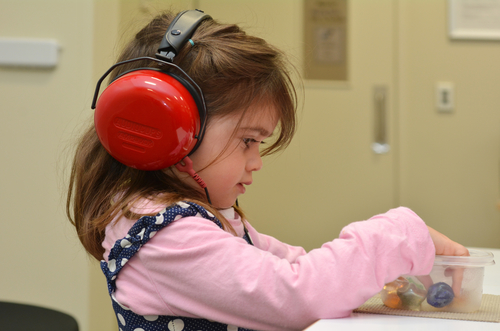 I would barely eat anything and what I did eat, I would eat over and over and over again. I loved mashed potatoes and yogurt for a time, and I think my mom let me eat it for breakfast when I was little. She was just grateful I would eat something so I didn’t starve to death.

Having sensory integration issues can set an autistic kid up for social failure. In my case, my hair was greasy and my outfits didn’t match, which can set them up for bullying. I would seem rude whenever I go to my friend’s house for dinner and don’t eat anything they give me.

A word to parents

For anyone who doesn’t understand a child with Autism, they may assume behavior associated with Sensory integration issues are due to bad parenting. That’s a bunch of bologna sandwiches. I believe any parent who is actively trying to help their child overcome the adverse symptoms of Autism is doing the best that they are capable of.

Everybody else’s opinions on one’s own parenting for an Autistic child can get so overwhelming that sometimes the parent may start to believe the things others say. You may start doing what everyone else thinks you should do to appease the outsiders even if it neglects you or your child’s needs. You may fall into an enabling pattern where you baby and give in to your Autistic child’s distress to provide a calming instant gratification, at the sacrifice of your child becoming too dependent. With these kinds of parenting patterns, resentment and insecurity builds up and damages your relationship with your child, and vice versa. Be strong, be kind to yourself and others, and strive for self improvement.

The first day I went to Maple Lake academy, a treatment center I went to that specializes in Autistic Spectrum Disorders, I refused to shower. They’re answer? Keep me up until I go take a shower. I wasn’t allowed to go to bed until I took a shower. I was up until 2am that night when I caved. Over time it worked. I slowly desensitized and stuck through the habit and it got easier over time.

The tools are out there. We are never given anything that we can’t handle with the right kinds of support or tools.

How modern medicine has helped me

Certain kinds of atypical antipsychotics, particularly Seroquel has been shown to decrease irritability in Autism. However, the moment you tell someone you’re on antipsychotics, people automatically assume you’re some sort of serial killer and don’t stick around long enough for you to explain the medication’s effects on Autism.

A low dose of this medicine has helped me for the past 5 years dull my excess sensitivity to outward stimuli. I’m not saying that you should go popping atypical antipsychotics if you have Autism, but my point is that there are tools out there to help sensory integration if it’s that big of an issue.

Another thing that has helped me is getting my food intolerances tested. There is a distinction between food allergies and food intolerances.A true food allergy causes an immune system reaction that affects numerous organs in the body and creates life threatening or extreme symptoms like hives, throat close-up etc.

I have no major food allergies but I recently discovered my food intolerances through a blood test and it turns out I have fairly high intolerance to all gluten, dairy (casein), and eggs. I started an elimination diet where I eliminated gluten completely from my diet and cut my intake of eggs and dairy. As a result I have a lot more energy and display less Autistic like symptoms (spacey, no filter etc.)

Cutting gluten out is surprisingly easy because there are so many substitutes that taste amazing. Dairy and eggs particularly in baking products has been a bit more difficult but with time I will be able to do it.

“There are tools, there are solutions, and there is support.”
Delphine, An inspiring friend of mine

As with any gift we have, it has its benefits and weaknesses. With sensory integration, I have sensitive hearing. When I was little, somewhere between the ages of 6-10, my family and I were in a movie at the local cinema. Mid-movie, this guy came in and I heard a click that I recognize as a gun cock sound (Thanks mom for letting me watch PG-13 movies as a kid). Silently, I crouched down and my brother did the same. I told my mom what I heard and she went out to let the theater know what was going on.

Turns out it was some drunk man wandering in the theater with a toy gun. But if that was a real gun, I would have been able to give a warning that could have saved my family before a shooting actually happened. With any battle, there will come moments where you embrace what you thought was the enemy.

Alix’s childhood was hindered by undiagnosed Aspergers until she learned to harness her gifts. Now, at 21 years old, she has already done what most people can only hope to do in their lives; speak to the UN, make a major scientific contribution, give a TED talk, and travel the world.

Alix was misdiagnosed as a child. Told she was strickened with a plethora of mental illnesses and learning disabilities, she spent years desperately seeking answers until she found the right kind of help that enabled her to flourish; piano playing, composing, ballet and science.

Alix is an undergraduate student in Vermont working toward a degree in neuroscience. She is also currently working on several research projects studying autism and schizophrenia. She utilizes the college learning disabilities accommodation program and now lives comfortably with her challenges. Aspergers101 is thrilled to offer you the insights and brilliance of Alix!

6 thoughts on “Feeling With Heightened Senses”