My son, now 30yrs old has had difficulties since childhood, and we know he has Aspergers. During his teens he was extremely angry and sad but he came through this period. Today he lives independently, has his own home and car but for the past year he has not spoken at all to anyone. His life is restricted to his job, which is in jeopardy because of his refusal to speak to his co-workers. He was visiting me on Sunday but now that has ended. He literally speaks less than a “Yes” or “No” to anyone. We have been to social service, doctors, clinicians, speech therapists, psychologists, and he refuses to see any of them. Everything I read online is about children. Any advice? 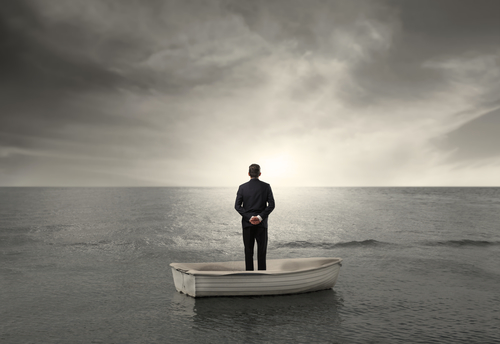 I have been trying to teach my now 24 year old son with Aspergers how to drive, yet haven’t gotten very far. He still makes poor decisions when driving, such as if he is making a left turn, at times he’ll forget he needs to wait for the oncoming traffic going straight to be clear. It’s also the never ending “what ifs” that prevent him from doing so many things.

[…]He does well but when it comes time for the interview he panics and doesn’t do well, which is no surprise. He has absolutely no idea what to do as far as career goes. He just gets very angry about it and is constantly worrying about needing to have a career. I feel like I failed him.

The only time he leaves the house is to play with our dog in the backyard for about 20 minutes a day and twice a week he takes a class at the community college to finish up his Associates degree. He has no friends, has never dated, doesn’t go anywhere alone. He basically wakes up, takes a shower, eats, plays on the computer (usually youtube), and plays Xbox. That’s his life rolled up in a nutshell. I’m in the process of trying to find a therapist for him. I have found some good programs that offer social skills training for adults, unfortunately they don’t accept insurances. We live paycheck to paycheck as it is. We have two other grown sons living at home and going to college.

[…]My parents feel I should threaten to kick him out of the house if he doesn’t start doing more. I feel this would just cause him to become very depressed. Plus I would never do that to my child! I would appreciate any advice anyone can offer me! I live in NJ, just over the bridge to Philadelphia PA. Thanks for listening! By the way, does he sound similar to anyone else’s adult child with Aspergers?

Your son probably refuses to see any of these people because he refuses to admit he has a problem, or may not even realize he has a problem. Aspies tend to be withdrawn and not want to socialize or interact with others at all. He probably thinks that as long as he does his job well that is all that is required, and may not realize that getting along with/interacting with people and working together is actually a big part of the job.

I’m thinking he may be in a comfortable place in his life where he feels like he doesn’t need to interact with anyone. Realize you can only do so much to help him, but a lot of it is beyond your control: He has to WANT to be helped. You can lead the horse to water but you can’t make him talk to the one who helped him find it.

If he won’t go, maybe you should go on your own to learn how to deal with him, because he may or may not change. A good therapist can also help you frame his behavior in a way that’s mentally healthy for you. Best wishes.

Determine which situations cause him to make poor decisions. For instance: when he’s about to turn left, work on having him stop, scan the other side of traffic, make sure it’s clear, and THEN make the turn. This is a drill that he can learn through repetition. You will probably have to go with him a few times for him to learn this, but it can be done. Read the blogs in our section titled, “Driving with Autism” for many more tips.

As far as the interview: You can help coach him through this. Do a roleplay where you are the interviewer, and go over what questions he might be asked during the interview, and what answers he might give. This will get better with repetition. You might also want to see about getting an interview coach. I had one through the county’s employment services program. You might want to see if you city or county offers something similar. We have several blogs about interview training in our “Employment” section, for example: The Art of a Job Interview When You Have Aspergers; Advertising Yourself; Communicating to an Interviewer; Tips for Asking Questions During Interviews; Informational Interviewing. I suggest reading through them for more guidance.

You haven’t failed him at all. You can only do so much. He has to want to do this himself, but I would not blame yourself. And yes, he sounds like a lot of adults with Asperger’s I know. When you said, “That’s his life in a nutshell,” I realized it wasn’t the first time I’ve heard that story.  Hope this helps.