It is said that 40 million Americans live with an anxiety disorder, which is more than the occasional worry or fear. We all experience anxiety to some level. Anxiety in children is common when separated from their parents or from familiar surroundings. However there is a type of anxiety that is more severe and may be misdiagnosed. Anxiety left unchecked or treatment may become paralyzing to everyday life.

Below we’ve gathered several lists for you. What does anxiety look like? How can it manifest, when is it critical to consult a doctor and what methods are available to self calm. Here we go….

Often, anxiety disorders involve repeated episodes of sudden feelings of intense anxiety and fear or terror that reach a peak within minutes (panic attacks). These feelings of anxiety and panic interfere with daily activities, are difficult to control, are out of proportion to the actual danger and can last a long time. You may avoid places or situations to prevent these feelings. Symptoms may start during childhood or the teen years and continue into adulthood.

According to research from the Mayo Clinic, several types of anxiety disorders exist:

Parents should be alerted to the signs so they can intervene early to prevent lifelong complications. The American Academy of Child & Adolescent Psychiatry offers you different types of anxiety in children.

Symptoms of separation anxiety include:

• refusing to go to school

• frequent stomachaches and other physical complaints

• extreme worries about sleeping away from home

• panic or tantrums at times of separation from parents

Many school students carrying the diagnosis of Asperger’s Syndrome exhibit challenges in the area of social interactions and social skills. These social difficulties are worrisome for parents and family members who look for supports to address these challenges. Struggles in the school setting often center on their child’s inability to “fit in” with other students or an inability to grasp social expectations from their teachers and peers. Additionally, their child’s feelings of high anxiety and stress can make the learning environment challenging for them and the people around. 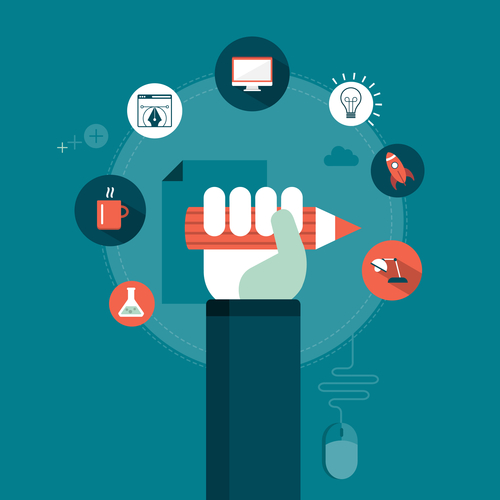 Over time, I’ve listened to concerns from parents and teachers regarding a student’s lack of understanding when it comes to social situations in the classroom environment. This often leads to isolation and the need for behavior support.

There is information in the literature that suggests both adult and peer mediated techniques to teach and build social skills in children with autism.

Strategies that are directed by an adult include reinforcement of shaped social skills. This is a technique where the child is reinforced when they demonstrate closer and closer approximations of a desired behavior. Peer mediated strategies incorporate the use of proximity, prompts with reinforcement, and teaching peer initiation. The literature also supports using social scripts to capitalize on visual learning methods (Krantz and McClannahan 1993).

In my experience, I’ve observed how visual supports can be very beneficial in producing non-transient messages for the student to follow and use during social situations. When paired with direct instruction using ABA techniques like shaping and reinforcement, social skills training can be accomplished.

When you set out to develop visual supports, first perform an internet search to get some ideas. 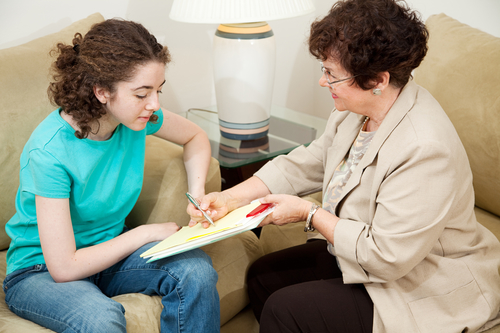 First, let’s have sensory processing disorder explained by someone with a personal experience with it. Watch this video of Amythest Schaber, a person living with an autism spectrum disorder.

Differences in auditory processing are one of the more commonly reported sensory processing impairments. In one chart review of developmental patterns in 200 cases with autism 100% of the participants demonstrated difficulties with auditory responding.

Pediatricians are conducting routine checks for autism, but new research suggests they frequently fail to act when screenings show cause for concern.

A study looking at medical records for children who visited 290 doctors between 2014 and 2016 shows that the vast majority were screened for autism at ages 18 and 24 months as recommended by the American Academy of Pediatrics.

However, in cases where children were flagged by the screening test, just 31 percent of providers made a referral to an autism specialist, according to findings published this month in the journal Pediatrics.

For the study, researchers reviewed 23,514 screenings conducted with what’s known as the Modified Checklist for Autism in Toddlers, or M-CHAT. Of them, 530 children failed their check at 18 months, 24 months or both.

The researchers then tracked the children for two to four years to find out what types of referrals were made or completed and how the kids fared.

Even when children were referred to an autism specialist, only about half of families followed through, the study found. Ultimately, 18 percent of kids who failed the M-CHAT screening were diagnosed with autism and 59 percent were found to have another neurodevelopmental disorder.

Though autism can be reliably identified at age 2, fewer than half of children with the developmental disorder are diagnosed by age 4, according to the Centers for Disease Control and Prevention. Spotting autism early is considered important because research has shown that intervention is most successful when started young.

“There needs to be action by pediatricians following that failed screening,” said Robin Kochel, an associate professor of pediatrics and psychology at Baylor College of Medicine who worked on the study. “Whether that action is immediately evaluating for autism themselves, or making those appropriate referrals if they are not sure a child meets the criteria for autism.”

Note: The original article was published in Disability Scoop on September 24, 2019

Managing your weight for good health can be a difficult goal to obtain and keep. From counting calories to the numerous diets available to knowing which gym facility to join or what exercises to do, the options can be overwhelming for someone that just wants to get started. 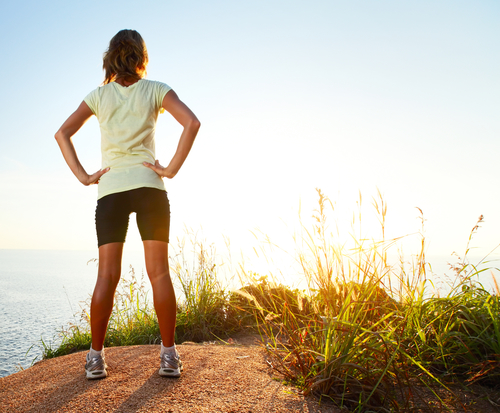 It is even more challenging for someone with a special medical need. You add a whole new layer of obstacles on top of what we already mentioned. Don’t be discouraged before you start, or even after you start, for that matter.

Weight management is a long and hard journey that requires your soul, mind, and body but it will change your life. Before we start I advise you consult your physician concerning changes in your lifestyle that affect your meals and physical activity.

By: The Autism Science Foundation

Early diagnosis of ASD, coupled with swift and effective intervention, is paramount to achieving the best possible prognosis for the child. Even at ages as young as six months, diagnosis of ASD is possible. Regular screenings by pediatric psychiatrists are recommended by the Centers for Disease Control and Prevention (CDC). Even if your child is not diagnosed with an ASD before the age of 3, under the Individuals with Disabilities Education Act (IDEA), your child may be eligible for services provided by your state. In addition, many insurance companies will provide additional assistance for the coverage of proven therapies. More information on autism and insurance can be found here.

The most effective treatments available today are applied behavioral analysis (ABA), occupational therapy, speech therapy, physical therapy, and pharmacological therapy. Treatment works to minimize the impact of the core features and associated deficits of ASD and to maximize functional independence and quality of life. In 2012, the Missouri Guidelines Initiative summarized the findings from 6 reviews on behavioral and pharmacological interventions in autism. The consensus paper includes current evidence of what interventions have been studied and shown effective, why or why not, and can be found here.

Early Intensive Behavioral Intervention (EIBI) is a type of ABA for very young children with an ASD, usually younger than five, often younger than three.

Top of the Spectrum News

As many as 85% of children with autism also have some form of comorbid psychiatric diagnosis. ADHD, anxiety, and depression are the most commonly diagnosed comorbidities, with anxiety and depression being particularly important to watch for in older children, as they become more self-aware. Understanding and treating psychiatric comorbidities are often far more challenging than the Aspergers/Autism itself as discussed in this edition of Top of the Spectrum News.

The diagnosis of comorbidities can be challenging because many people with ASD have difficulty recognizing and communicating their symptoms. It takes time to uncover the cause of a meltdown or aggravation but to aid you in your search, we listed the most common comorbidities below:

Top of the Spectrum News is a product of Aspergers101.

Anxiety-related symptoms are frequent concerns in children, adolescents and adults with Aspergers and HFA, which may be treatable with Cognitive Behavioral Therapy. 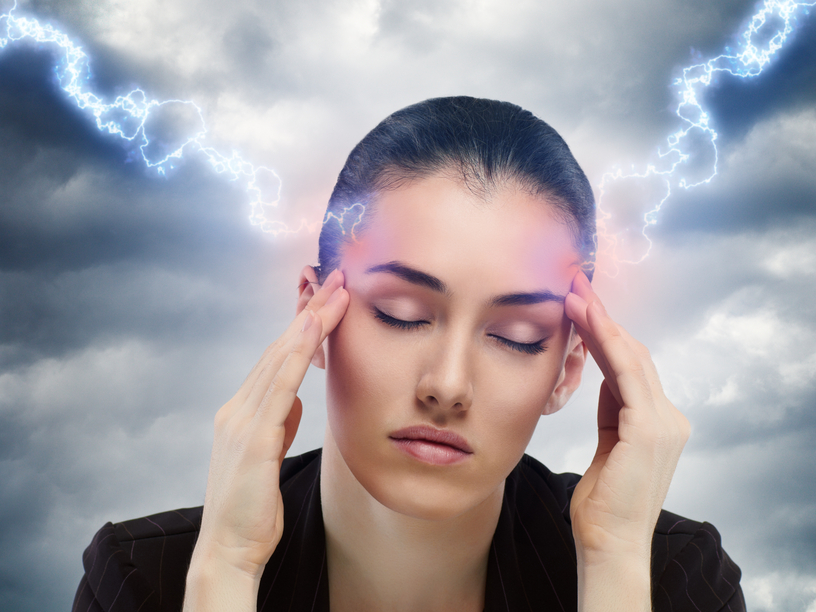 Anxiety is commonly found in high functioning individuals on the spectrum in particular because they have an increased awareness of their own social difficulties. This cognitive awareness may intensify their anxiety toward social interaction and promote isolation.

Recent numbers found that 11-84% of children on the autism spectrum experience impairing anxiety, while only 4.7% of all children aged 3-17 years have experienced anxiety.

Cognitive Behavioral Therapy (CBT) is a type of psychotherapeutic treatment that helps individuals recognize how thoughts and feelings influence behavior and cope with these challenges.

CBT is used to treat a wide range of issues, in addition to anxiety, including:

Parents of any child with differences struggle with feeling isolated. One of the challenges for families with Aspergers Syndrome (AS) and nonverbal learning disabilities (NLD or NVLD) children is that these children don’t look different. They’re bright and verbal; their quirkiness, sensitivities and apparent oppositionalism aren’t easy to understand. 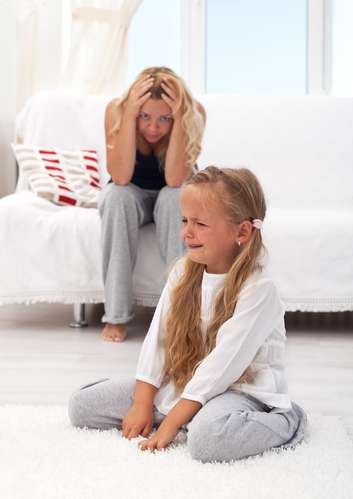 As a result, parents often feel blamed for their children’s special challenges. I know one mother who was told bluntly by her brother, “You must be doing something wrong. Give me two weeks with that kid in my house and I’d straighten him out.”

Parents are well aware that rigidity meeting rigidity doesn’t work and only leads to meltdowns.