The statement below is from someone I admire and have had the privilege to meet and interview for Aspergers101. Jennifer McIlwee Myers, Aspie at Large,  is a writer and a speaker in the Autism world.  Her insight into the world of Autism not only entertains but offers enlightenment (especially for us neuro-typicals) so when she posted her thoughts in reference to the news of the recent horrific college shootings by someone diagnosed with Aspergers, we asked her permission to re-post for our readers. 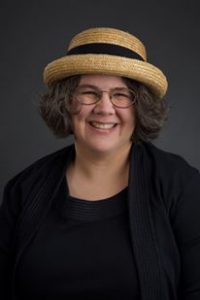 “The only way I know to cope is to be human together.” -Jennifer McIlwee Myers

There are many discussions online about the person who shot and killed 9 people at Umpqua Community College in Oregon. The one I want to address is the shooter’s Asperger’s diagnosis. Unfortunately, having Asperger’s (or autism) doesn’t protect you from mental illness, and it doesn’t make you an angel.

Aspies and auties can have the same kinds of mental problems as other folks. Frankly, I worry that people on the spectrum are less likely to get appropriate mental and medical help because any problems or “weird” behaviors we have are blamed on autism.

But don’t let anybody tell you we are in any way more dangerous than humans in general. The only people we are more likely to hurt are our own individual selves, and then only for the reasons that humans in general do. Like everyone else, those of us who experience little acceptance and lots of bullying may self harm or use alcohol and other drugs when the coping methods we have just aren’t enough. We can be troubled, because we are human.

And yes, if you have someone living in your house with recurrent severe depression, it is better not to have easily accessible, already loaded firearms around. That’s because when people who decide to commit suicide are delayed from doing so, they usually wind up staying alive.

Those of us on the spectrum are just as saddened and bewildered by this as the people who aren’t. The only way I know to cope is to be human together.