If you are a High Functioning Autistic (HFA), the odds are troublingly high that you also suffer from some form of depression. As someone who suffers from depression myself, I’ve spent a great deal of time thinking about how to find happiness when you struggle with the burdens of having an autistic brain. One possibility for the prevalence of depression in autistic brains is that HFAs, for reasons distinct to their neurological condition, are innately more likely to feel depressed. 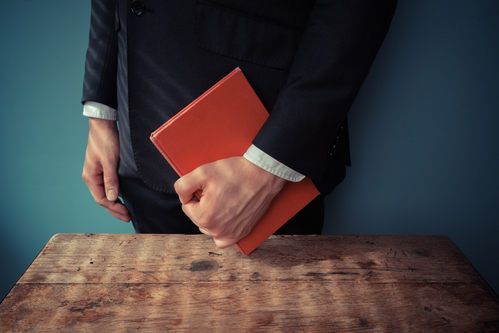 My sense, though, is that we tend to be depressed because life is difficult for us in ways that are somewhat different from the experiences of the Neurologically Typical (a satirical term for non-HFAs). As such, any discussion of why HFAs tend to be depressed must be approached as a social justice issue, with a clear statement of ethical axioms that, if followed, would help HFAs and non-HFAs alike.

Note: This article refers to Asperger’s Syndrome by it
s clinical term, high-functioning autism. It is meant to be distinguished from more severe forms of autism. For a description of Asperger’s from the author, click here.

Every HFA has them – a plethora of stories in which they were embarrassed, mildly or worse, in a social setting because they’ve behaved oddly (I discuss some of mine here). Feelings of rejection inevitably even drive a disproportionate number of HFAs toward suicidal thoughts. One major step toward solving this problem is spreading tolerance toward atypical neurological behavior. (My twin sister always hated the word “tolerance,” but it’s appropriate here.)

Most of the stories I’ve heard of HFAs being embarrassed, ridiculed, or unduly criticized are over offenses that didn’t really harm anybody. So the standard should be this: If you see someone behaving abnormally, but they aren’t harming anyone, recognize that they probably are on a psychological spectrum (autistic or otherwise) and are simply making their way through life, just like you. If you’re unwilling to do that – if you feel the need to judge, mock, or harass the other person – then the social stigma should fall on you.

When you’re an HFA, you will regularly hear people express surprise or even doubt that you’re really on the spectrum. Some inevitably notice, of course, but those who don’t usually fall into two camps:

Both of these reactions are rooted in exaggerated misconceptions about how autism makes you behave, whether it’s the nerd caricatures on “Big Bang Theory” or Oscar-winning films like “Rain Man.” In fact, autism can manifest itself in a number of ways. HFAs often receive years of therapy learning how to develop social and self-sufficiency skills so they can be functional.

Let’s face it: Being HFA doesn’t just make you particularly prone to be hurt, but also prone to hurt others. Very often it’s unintentional (although HFAs are certainly as capable of malice as anyone). Nevertheless HFAs are frequently perceived as arrogant, cold, or mean-spirited because of their insensitivity to other people’s emotional needs.

As mentioned in Point #1, this shouldn’t be problematic so long as they aren’t offending, upsetting, or otherwise hurting anyone. That said, when those things happen, HFAs shouldn’t be allowed to get away with it simply because of our condition. We deserve the benefit of the doubt in terms of our intentions and the opportunity to explain ourselves. Which, frankly, should be the case for everyone. But as long as we are informed of the situation in direct, unambiguous language, we should (and deserve the right to be) held responsible like anyone else.

In the documentary Aspie Seeks Love, the goal of David B. Matthews (the titular HFA) is, in his own words, to find “someone to converse with, someone with whom to share my life”. Although he meant this in terms of falling in love (which HFAs do just as romantically, and painfully, as the Neurologically Typical), his words speak to a broader truth as well.

In the end, HFAs simply want to be able to share their thoughts, feelings, and experiences with the rest of the world – from friends, family, and loved ones to casual strangers – as we see many non-HFAs doing. Right now there are a lot of lonely HFAs out there because it is difficult for us to do that and it doesn’t have to be that way.