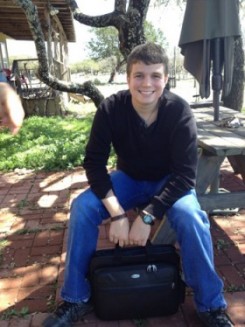 People with Asperger’s seem to lean towards wanting space from others, and in some cases, family members as well.

If an Aspie is feeling unnerved by loud noises in the house, give them space and let their room be their sanctuary; it’s their quiet zone.

It has calmed me down in the past, so it should work for other Aspies as well. I’m mindful not to keep music and TV in other rooms too loud.

People with Asperger’s also have sensory issues most of the time. For example, certain smells or sights may set off an unsettling feeling in the Aspie. Sometimes the child may not be able to tell you why they’re unsettled because they don’t know what it is, but in most cases it’s usually a sensory issue, like an odd painting or some sounds that the child may not like.

Maybe their clothes or even the texture of their clothes can set them off and they may not be able to tell you. So when buying clothes, keep in mind that some clothes may not be for the Aspie. Also, certain smells may not be pleasant. For example, if a child is sick at a restaurant, then leave the restaurant.
Another thing about Aspies is that they always tend to have special interests, like-in my case-science and video games.

Aspies have also been known to acclimate well with animals, almost as if the Aspie can communicate with animals better than regulars. Any way you put it, Aspies have many differences than normal people and you, as their parent can help make these differences either a nightmare or a dream.

One thought on “Child with Asperger’s? Insight from someone who knows”