People with Asperger’s usually collect labels like ADHD, anxiety disorders, or bipolar disorder before they’re diagnosed with AS. The label that annoys me is Oppositional Defiant Disorder. Is there a difference between people whose Asperger’s-related behavior is misunderstood and ODD? I find that ODD is sometimes simply a description of behavior without a cause.

Insurers ask for diagnoses based on ICD 10, the “handbook” of diagnoses. One of the official ICD 10 descriptions of AS is that it’s a “neuropsychiatric disorder whose major manifestations is an inability to interact socially; other features include poor verbal and motor skills, single mindedness, and social withdrawal.” 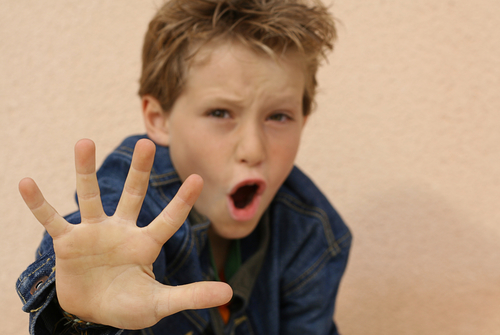 ICD 10 describes ODD as a behavior disorder and a psychopathological disorder. It’s described as a “recurrent pattern of negativistic, defiant, disobedient, and hostile behavior toward authority figures.”  The criteria include “frequent occurrence of at least four of the following behaviors: losing temper, arguing with adults, actively defying or refusing to comply with requests or rules of adults, deliberately annoying others, blaming others for own mistakes, and being easily annoyed, angry or resentful.”

ICD 10 is right in my experience in describing those with Asperger’s Syndrome as “single minded.” This is a real strength when doing tasks, following rules and being honest. However, single mindedness can also include inflexibility or even severe rigidity in sticking to a point of view.

When an inflexible demand is made of an inflexible person, you have rigidity meeting rigidity. That’s not going to work. For people with AS, what’s being perceived as oppositional, hostile or rule breaking is actually more about having a fixed way of viewing the world.

Especially when rules or demands seem illogical or unfair, those with AS can dig in and stand their ground. Many with AS and NLD also have concrete or literal thinking, which adds to the mix of misunderstanding and “rule breaking.”

I worked with a boy who could not understand why he couldn’t rock back in his chair in the classroom. The angle was slight and posed no real danger to himself or anyone else. The teacher insisted on the ‘four chair legs on the ground” rule.

When this boy wouldn’t comply and argued, he was sent to the principal’s office. The class, meanwhile, went to recess. The principal was busy, so he told the boy to wait there a minute. The boy sat for one minute (he watched the clock) and then went to recess.

It seemed to the teacher and the principal that this boy was just seeing how far he could push them. That makes sense, unless you understand this boy.

This boy often got in trouble for doing things that seemed OK to him. He was acting in ways that made logical sense from his perspective. His understanding frequently missed social norms or nuance.

His teachers tried to set limits using consequences, assuming he understood why he was in trouble. He concluded that no matter what he did, the people at the school didn’t like him. He was annoyed and resentful. They concluded he was ODD.

In any setting where inflexibility is the norm and there isn’t an understanding of divergent or concrete thinking, it’s not surprising that the AS individuals are seen as oppositional and given the ODD label.

The problem is that the ODD label misrepresents the thought process of the person doing the opposing. Since ODD behavior is seen as willful disobedience, the response usually is punishment instead of clarification, collaboration and education. The ODD label is usually pejorative; the person is seen as a “bad actor” and there is a halo effect of how he or she is seen and treated.

This boy worked with me after this incident at school, and we explored what had happened. I let him know I understood his view that his chair wasn’t making a lot of difference. I then wondered what the class might be like if everyone was doing something different with his or her chair at once. It might be pretty distracting. So it made a little sense that there was a need to keep the class distraction-free.

ICD 10 mentions language problems with AS. This problem is usually with pragmatic language skills. Those with AS often miss the meaning of figurative and inferred language. “Wait a minute” doesn’t mean wait a minute; that’s figurative language and the real message (wait until I get back) is inferred. It would have been much clearer for the principal to speak directly, which would be, “Wait here until I get back.”

I find that schools and families often are given an AS diagnosis without really knowing how that translates into everyday behavior. As a result, they don’t understand the thought process and the need to be clear.

Before schools (and parents, and families) label behavior problems as ODD, they need to explore the thinking of the child involved. Though certain explanations of behavior might seem intuitive to the parent or teacher, this behavior might not be intuitive to the child with AS or NLD. Ideally, once the teachers and parents “get it,” they’ll be better able to be helpful and provide meaningful explanations and valuable insight instead of creating a negative experience. This takes time, but it’s well worth it.

This article originally appeared on PsychCentral.com as “Do People With Asperger’s/NLD Really Have ODD (Oppositional Defiant Disorder)?“. All rights reserved. Reprinted here with permission.

27 thoughts on “Aspergers is Not the Same as ODD (Oppositional Defiant Disorder)!”